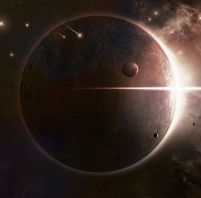 Yesterday I posted an article regarding Galactic Domination Online, a free to play space strategy game that Cool Queue Studios is hoping to fund through Kickstarter. Today, Scott Quiggle, President of Cool Queue agreed to answer some questions about the game’s development and design.

First off, what experience has your team had with other games?

A couple of us worked together at an educational game company for about six years a while back. We cranked out titles there for set top box, mac, windows, the original PSX and the web using many different languages and development tools. Before we were done, the total was well over 100. More recently, some of us worked together on huge gaming simulations for the US Army. Of course, all of us are gamers, and have talked about doing our own thing for years. We’ve seen the industry evolve from the periphery since we were teens writing and altering games on our Apple IIs and came together because we saw a window of opportunity in the social media game market. 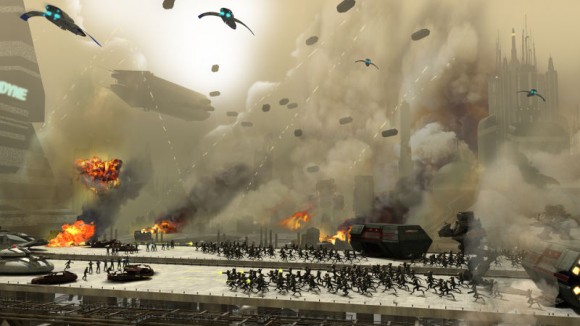 I understand that Galactic Domination Online is based off a board game you worked on over two decades ago, why have you decided to revive the project after so long?

When Facebook games became an overnight rage, it peaked my interest. How could things so basic and simple minded be so popular? “Real” games were hard to find. A lot of clicking and not much game. So I studied the market, particularly in the area of space strategy games. I saw it as an opportunity for a startup – because I could design a better game in my sleep, and I wouldn’t need a cast of thousands and multi-million dollar budgets to make it.

It only resembles the original game in name, genre and spirit. The ambitious design of GDO is a thousand times what the old PBM game was.

Did your experience with the board game teach you any lessons in regards to designing a game of this scale that you’ll be able to take forward into GDO?

Not really. I take my lessons from the games I’ve studied on the market, what I’ve learned over the course of my long career in software development, and from the huge military simulations I was a part of in recent years. 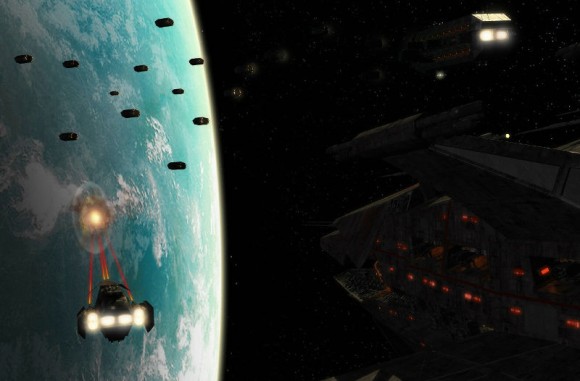 What games inspired the initial board game, and have you taken anything from more recent grand scale games such as AI War?

The original board game was inspired by Star Fleet Battles and FASA’s Star Trek Combat Simulator. These were the “small scale battles” that I wanted to put a grand strategy behind. It was further enhanced by the concepts put forth in the original Civilization by Sid Meier. I put out the first version of the PBM before Masters of Orion, which some of my original players shook their fists at and jokingly claimed they’d stolen my ideas. I’m going to have to find some time to go look at AI War, I haven’t studied it. One game I did study was Starfleet Commander, which seems to be moderately successful. That was more of a “how not to” for me. I will say that though this game is not on the same playing field as a Total Annihilation or Supreme Commander, I am a fan of Chris Taylor. He was the first game designer I ever listened to at GDC and said to myself, hey, he thinks just like me. (that’s an ego joke). I had dinner with him and probably ten other people at one of the GDC’s back in the late 90’s and it was nice to be able to pick his brain a little between bites, but I think he was more interested in my co-worker, Tina, at the time.

The board game worked via snail mail and later email, so how have you altered the game to ensure it works in real time?

Timers. The game clock rules everything. And lots of entity based UC Monitors. Database efficiency and memory management is critical. Nothing to do with the board game. 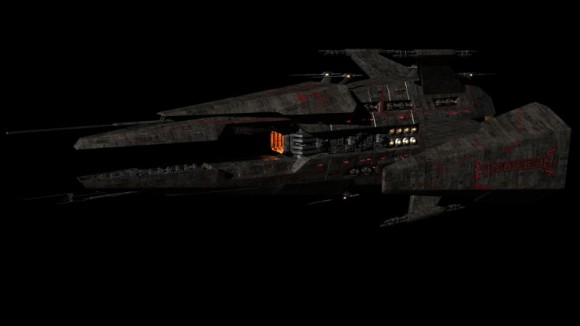 GDO will be utilising social aspects in a world far more interconnected than when the board game was around. Has your previous experience aided you in regards to designing the social mechanics?

I once designed an entire MMORPG that has some ideas that still aren’t implemented with regard to social interactions, in game, between human beings. Though that game never got far past the pitch, I uncovered something in my research years ago that was a revelation… how to get and keep women in large scale games and the many benefits of having them there. It came from old style MUDs, believe it or not. Though GDO has none of the features appealing to gender interaction, I’ve studied enough of what’s on Facebook now to see what it has that works and what it’s lacking. Diplomacy features, Communications, “Guilds”, Racial guidelines, and Reputation earned by action over time, will help create and determine all kinds of (differing) social factions that will be forced to interact as they converge on the Core.

Quite a few other large scale games like AI War or Sins of a Solar Empire utilise a warp gate approach to travel between planets, with units dissapearing when traveling between systems. How are you approaching ship movement and control across thousands of colonies?

GDO progresses technologically, so you don’t begin with warp gates or jump drives, but you can get them through research. At the start, ships will move through space on a course with speed regulated by timers. Sensors will be active using monitors for “collision detection”. Reports are generated and sent to the user, who can decide whether to take action or not. As the numbers increase, first gates, then jump drives will help keep the number of active monitors down. However, exploring space will be part of the fun. Some encounters in deep space are placed from there from galaxy generation and are often destructible, and some will be randomly generated, also destructible. 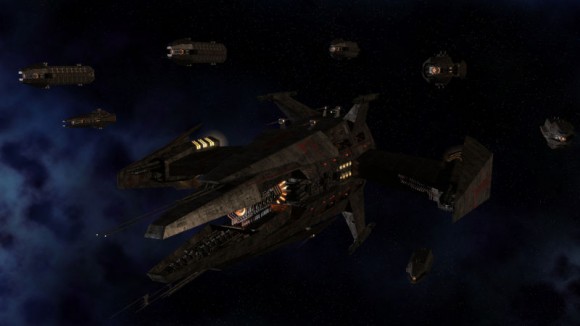 What approach have you taken to designing the space battles? Will we be seeing 3D space battles with lots of maneuvering?

Alas, no. At least not initially. Actual space combat will determined by configurations and rules which are set and managed by the users. These rules include “fight or flight” clauses which will often prevent a total loss. Lots of math with determine outcomes which are delivered to users in battle reports. Graphics used in battle reports are beautifully crafted art stills. HTML5 has its limits, and so does the budget. Apple IOS compatibility rules out Flash.

Something I wanted to confirm in regards to the “diplomacy element;” can races ally with other races as a whole, or will there instead be smaller player formed groups that may or may not choose to ally with others in the game? If it’s the latter, do you intend for their to be infighting between rival factions of the same race?

Because we will be generating many Galaxies to play in, we will have the ability to alter rules to allow for different scenarios with Diplomacy. The basic rule set is, however, that official alliances can only be made with the same race. Game lore/storyline sets that up. This is in part, because of the scoring of the endgame. It’s also an intentional study of social grouping under those circumstances. 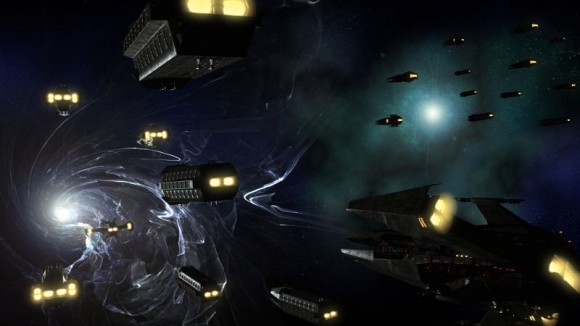 Something I noticed in the “gameplay footage” was that players were being taken by surprise while still receiving notifications. How are you ensuring that surprise attacks can take place in tandem with a player’s phone sending them alerts?

Time limits and editing took some of the story out of the skit. Human players were supposed to be surprised by the attack deep in Human space by a race that exists on the opposite side of the galaxy… early in the game timeline, the distance between the two and the Core forces in the interim would make that trip impossible… but for the (one-way) wormhole that the Kirzaka discovered.

Finally, how long do you envisage a single galaxy taking to complete? Are we talking months, years or millenia?

I’m assuming you mean our real-world measurement of time here. The depiction of the Galaxy tool implies the goal of a truly massive galaxy. The tool is certainly capable of building that galaxy and everything in it right now. However, the load that the servers would undergo with so many monitors running, especially late in the game timeline, makes that size a goal, not a starting point. With that said, there will be different sized Galaxies published to play in. Ideally, the smallest Galaxy will produce a winner in about three months. The larger Galaxies will play out in a year. The truly epic Galaxy, which won’t come until our code is perfectly tuned and our hardware is uber, may just go on forever.

The Kickstarter project will be running until May 22.

Gaming is relaxing and entertaining. You explore different worlds and interact with all kinds of personalities. You can also turn on some music and play *live casino bitcoin*, where you can play all varieties of table games and chat with different people. Live casino bitcoin is a different gaming experience than playing Cyberpunk 2077, as you can win bitcoin. Not only that but, live casino crypto brings gaming to a different level than your normal games.

Guide on How to Quickly Level Up Your Characters in Destiny

Four Incredible Gaming Voices That You May Have Forgotten