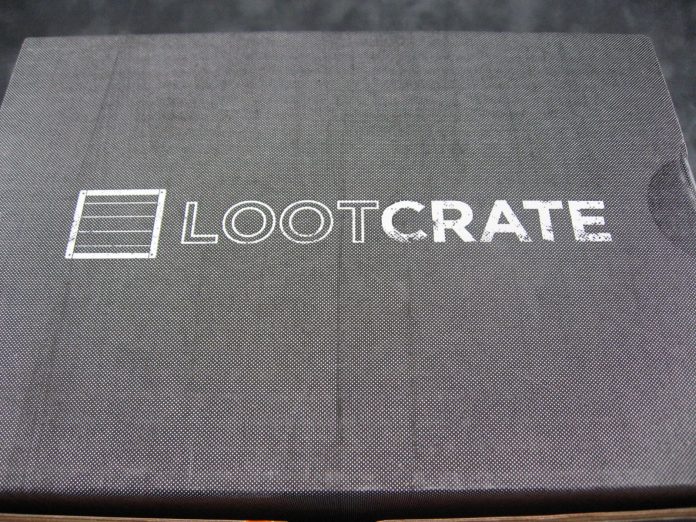 Gamers and geeks love getting awesome stuff. Collector’s editions sell out, for almost every major game and movie, because they include gear like a Jack-in-the-Box with Assassin’s Creed: Brotherhood or a Toxic-Waste Barrel with Breaking Bad. For a while there were only two options, either buy a collector’s edition or spend too much getting a rare piece of gear shipped. If you didn’t want to spend the time tracking down cool stuff or couldn’t stomach the high prices, then you were out of luck. That all changed with Loot Crate. The subscription based service offers gamers a box full of awesome memorabilia for under 20 dollars a month. I started subscribing a couple of months back, and after only two crates, feel it is a “must” in the foreseeable future. In case you don’t know a lot or just want some more information about Loot Crate, Unigamesity interviewed the team’s own Marissa Zaenger on how Loot Crate works day-to-day and how the awesome packages come together. 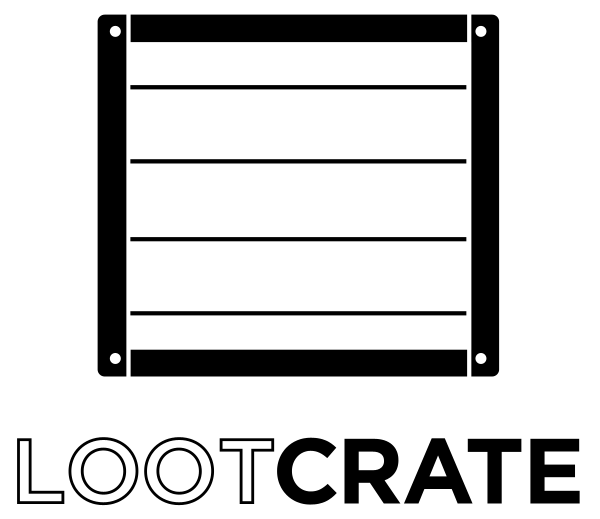 U) How did Loot Crate start and what were the early goals?

LC) Loot Crate started when co-founders Chris Davis and Matthew Arevalo met at an LA Startup Hackathon in 2012. Chris has a business/finance background with vendor relations from his old company, Gamer Food, and Matthew is a big gamer with background in digital marketing and advertising. They brought their skills together around a subscription service idea (as this was about the time that Birchbox became hugely popular), and Loot Crate was born! They were the only company to come out of [Hackathon] with subscribers and revenue. From there, the goal was the same as any other startup: survival. We needed to grow and start the cash flow. Word-of-mouth and social media marketing was incredibly awesome for awareness, and I think that people found the idea so interesting and fun that they couldn’t help but sign up.

U) Starting a company like this must have been hard, what were some of the biggest challenges?

LC) Starting any sort of company comes with a lot of work and decision-making. Chris and Matthew had to work long hours, stay flexible, and trust each other. They had no real investor funding other than some seed money, so they had to bootstrap it. They had to convince vendors to see the value in the product. It’s not so hard now that we have numbers and projections, and that we can make guarantees, but it’s a whole different game when you haven’t built a track record. And finally… growth! We’ve been growing so quickly since we launched that we’ve been constantly scaling up. Things changed around a lot then, and still change around now.

U) Were there any day-to-day challenges that the team didn’t expect going in? How did you handle them?

LC) I think that the team knew there would be a ton of challenges, but they seemed far away and intangible. Packing, hand-stamping, and shipping 100 crates is something that two people could do out of a backyard. But then suddenly it’s 1000 crates, and you’re like, “Where can we find a warehouse and more people?”, “We should make these crates look better.” and “We’ll have to upgrade our branding!” You just have to keep shifting and moving from one thing to the next. We had to learn that castles are built one stone at a time… and sometimes you have to be willing to knock out a whole tower.

U) Was the company’s huge success a surprise? How did you all deal with the rapid growth?

LC) We always believed that Loot Crate was a legitimate business, but we’ve definitely been surprised at how fast things go. We grow at about 15-20% per month, so scaling is a constant challenge. We have about 120,000 subscribers right now. It’s a fantastic problem to have (and one that we bring upon ourselves!), but it doesn’t change the fact that we always have to worry about managing our inventory and warehouse space, hiring more employees and temporary packers, and searching for bigger and better real estate while maintaining a budget, shipping schedule, and event calendar. Sometimes I wonder how we do it all. We’ve recently acquired a second, larger warehouse space and hired more customer service team members, so the growth is still clearly something we’re handling and will continue to handle for a while!

“We had to learn that castles are built one stone at a time… and sometimes you have to be willing to knock out a whole tower.”

U) How does each months crate begins? Who decides the theme, and how is it chosen?

LC) Our crate planning used to happen almost entirely in the month beforehand, but we’ve reached the point where we have to plan them out much more in advance. When we come up with themes and contents, we’ll basically rely on four factors: what relevant and hyped movie or game releases are happening around that time, what awesome new toys we really want to include, what our Looters have been telling us they want, and what we’ve already done in the past. Every crate you get is the end result of how the marketing and product teams, including Chris and Matthew, decided to puzzle those things together.

U) Do vendors approach Loot Crate or does Loot Crate reach out for specific products?

LC) Both! Sometimes we’re looking for something specific and will research and contact vendors that make the product. Other times, someone will contact us about a new line of product they’re launching and inquire about inclusion in upcoming crates.

U) Which crate has seen the most success to date? Are there ‘stand-out’ crates that grab more attention?

LC) According to the survey that we send out at the end of every month, our most popular crate has been October 2013’s SURVIVE crate. People really loved that we included a book, and the shirt is probably one of our most popular items ever. People still ask us if it’s available anywhere. In terms of stand-out crates that have boosted subscribers… well, they all do. We rotate themes to hit different niches, but we have to cap growth somewhere. We’ll project 15-20% growth, and we have to sell out when we hit that point, even if it’s before our standard deadline. We’ve sold out a little earlier than the 19th at 9pm a few times (LC: Loot Crate sells the crates online until the 19th and ships them over the next week), but we sold out DAYS early in December 2013. Our CONSOLE WARS crate and the holidays collided FTW!

U) How does Loot Crate manage shipping so many crates every single month?

LC) Part of the reason that we can ship so reliably is that we keep our entire packing operation in-house. Having that control makes it easier for us to manage and tweak if something goes wrong. We hire some really great temp workers to pack every month, and it’s thanks to them that we can ship out ~15,000 complete crates per day during our shipping cycle. We also work closely with our delivery agents, whether it’s USPS, FedEx, Asendia, or others, because once our crates leave the warehouse, it’s up to them to deliver!

U) With the massive popularity of Loot Crate so far, is the sky the limit? Where does Loot Crate go from here?

LC) We used to say that the sky was the limit, but then we sent our January LAUNCH crate into the atmosphere with a weather balloon! Really, we’d love to be available everywhere. We’re currently available in the US, UK, Canada, and Australia, and we see requests on Facebook or Twitter every day for more countries – Norway, the Netherlands, Germany, Portugal, etc. Trust me, we’d LOVE to be at that point where all those people could be Looters too! But that kind of expansion brings a whole new set of challenges and questions to consider. How do we expand our team to handle that load? Where do we locate another warehouse? Is there going to be a language barrier? We’ll get there, but we hope that our foreign friends can be patient with us while we figure it all out. Until then, we’re looking at opening up some alternative subscription options, expanding our event calendar, and revamping our website.

U) What, in your personal opinion, are the five best items Loot Crate has shipped?

LC) Oh man, that’s a tough one.  I’d pick these (not including Mega Crate items) (LC: Every Month Loot Crate sends out one Mega Crate with over 1000 dollars in stuff): 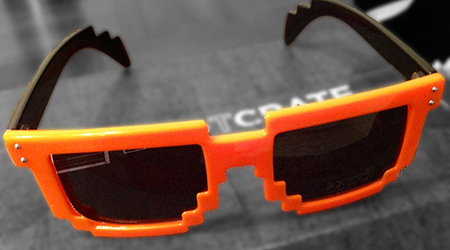 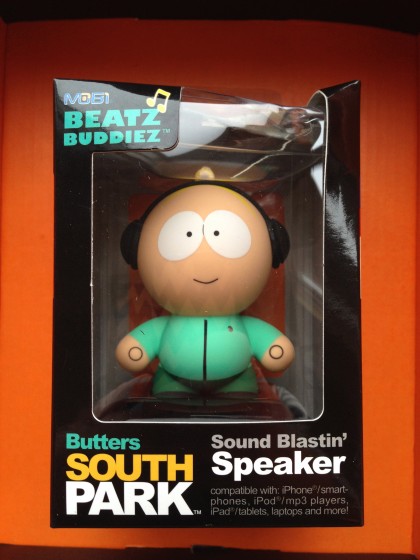 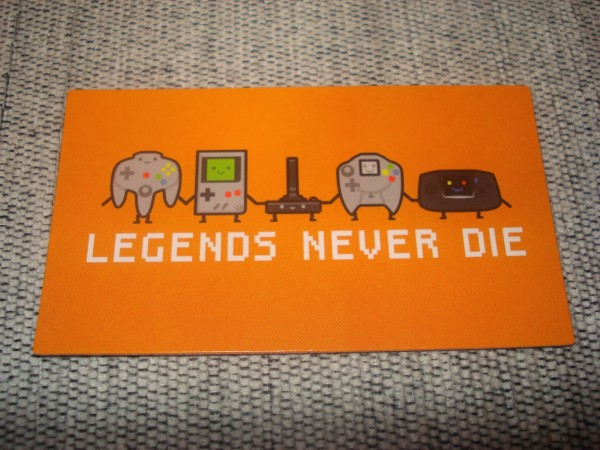 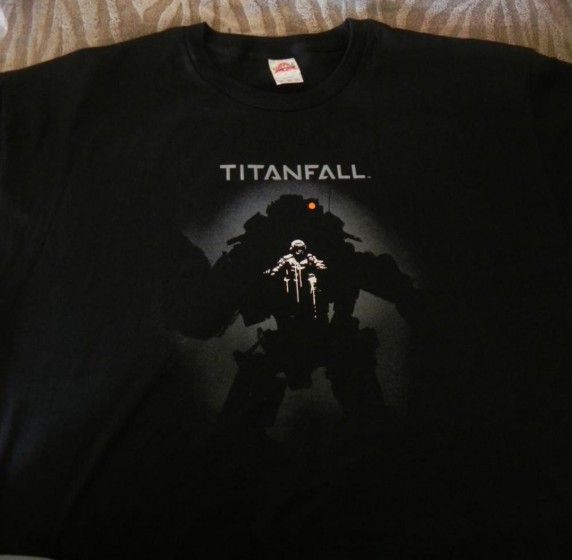 And the “It’s Dangerous to Go Alone!” bottle opener. 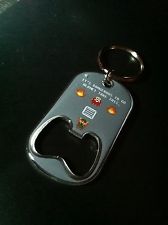 Hopefully this glimpse into the work and passion that goes into compiling the monthly packages Loot Crate sends out makes you want to expand your own collection. The five items above are just a few of the cool things you can get every month. If you decide to go for one, then make sure to use the code JUNELOOT for 3 bucks off.  A lot of these subscription services can seem underwhelming and deliver a dud now and again. While Loot Crate has never blown my socks off in terms of value, every month I feel that there is more than my money’s worth packed into the box. That, and the fact that I don’t have to spend time shopping around for cool gear makes Loot Crate something to consider. Every month’s Loot Crate is a box full of surprises, and I can’t wait for the next one.