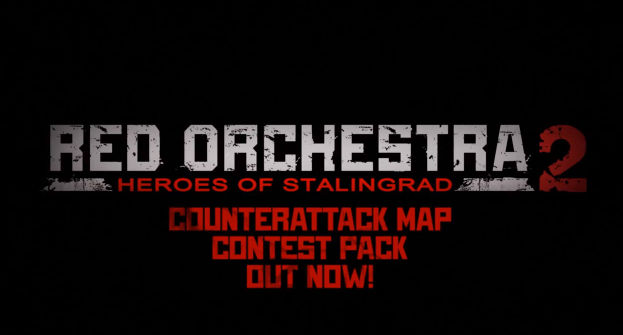 Owners of the WWII shooter Red Orchestra 2: Heroes of Stalingrad will today be getting their hands on a new map pack.

The DLC is made up of the winners of Tripwire’s Counterattack Map Contest, which was run in order to find the best community maps on Steam Workshop with a prize of $35,000 up for grabs. After a period of polishing, four maps will now be added to the official pool for free. In recognition of the contestants’ effort, Tripwire have released a trailer showcasing the environments of the new maps.

The first map is Winterwald by Danny Truong. The overall winner of the contest, Winterwald is set in a snow covered forest, with German forces advancing on a Russian position atop a hill. The second map created by John Chalibi is a port of the Arad map from the first game titled Arad 2 Tanks. Players will be able to run amock in a warm sunny environment filled with tanks. Rakowice by Johan Van Pelt is another updated map from the first game, pitting players against each other in a Russian assault on a Poland based German airfield. The final map by Florian Montaut is titled Stalingrad Kessel and is a recreation of a well loved map from the original Red Orcehstra mod.

In celebration of this map pack, Red Orchestra 2 will be free over the weekend. Given that you can pick the game up in the Humble Bundle for a dollar, this could be a great way to try the game out and decide if it’s for you.