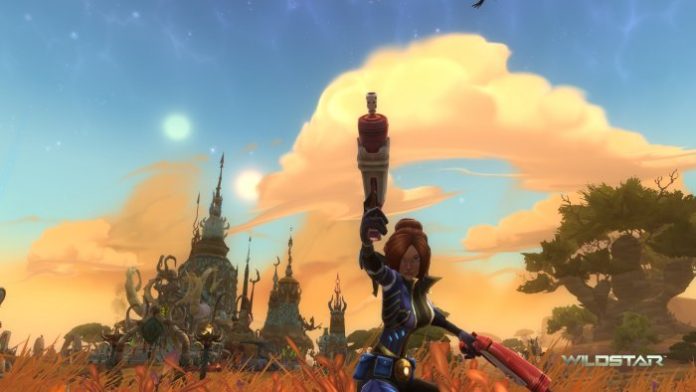 The third installation of the WildStar classes reveals that the third unique class is none other than the Spellslinger, an inter-dimensional cowboy that utilizes guns, magic, and acrobatics to either bring their enemies down or restore their allies health. The Spellslinger is a unique class that allows a player to run and gun, teleport around the battlefield, or use sigils to damage enemies and heal allies. The Limited Action Bars allow you to fully customize the way you personally play the class, whether it be as a damage dealer who focuses on single-target damage, a crowd control specialist that allows him and his allies to kite, or a healer that supports the team in times of danger.

The main form of damage dealing by the Spellslingers is the use of their handy pistols, pistols that never run out of bullets because they’re supplied from the Void, an alternate dimension that Spellslingers use to enhance their abilities. In the lore, Spellslingers found out that you could go into the void, allowing them to teleport around enemies to evade harm. They also use sigils for both damage and restorative purposes, making the class very versatile.

The class name was revealed early on, but they barely released the information and class page on the Spellslinger today, on November 20th, 2013. Not only is WildStar a science fiction fantasy MMORPG, they’re now incorporating the Wild West into their gameplay, making them a highly unique game in terms of character development and story plot. The graphics are also quite detailed in the game. While some games rely on a serious tone for their graphics, WildStar employs a almost comical design, making it look highly enjoyable at a first glance. You can check out more details about the Spellslinger class here, or look at the presentation video below:

Is the Spellslinger unique or is it just another ripoff from a previous game? Will WildStar truly succeed? Let us know in the comments below!