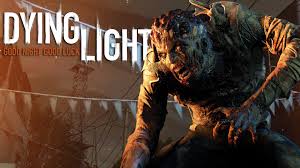 Dying Light has taken the top spot in the UK All Formats Chart, despite the physical release coming a month after the digital download.

It marks the third consecutive week that a new IP has taken first place. It is also the first top spot that Warner Bros. Interactive has managed in just over a year.

Call of Duty: Advanced Warfare holds its place in second, whilst there is a new entry in third place this week, Dragon Ball Xenoverse. Xenoverse managed a strong first week to sales to claim its place as having the best week one performance (in the UK) of any Dragon Ball game, according to Chart Track.

The Order: 1886 falls three places in its second week to fourth spot, whereas Grand Theft Auto V and FIFA 15 are both non-movers in fifth and sixth, respectively.

Far Cry 4 falls three places down to seventh spot, as Evolve falls five spots in its third week to eighth.

The Top 10 is rounded off by Minecraft, which sees its Xbox Edition in ninth, and the PlayStation Edition down to 10th.

Elsewhere the third new entry in the charts, Dynasty Warriors 8: Empires, enters in 21st place following its release on PS4 and Xbox One.

A big mover in the chart is Wolfenstein: The New Order, which re-enters the charts following a generous price promotion, and is up 20 places to 25th.

Two notable releases in the budget range will hope to make a dent in the charts next week, with Screamride and Zombie Army Trilogy hoping to ruffle a few feathers.