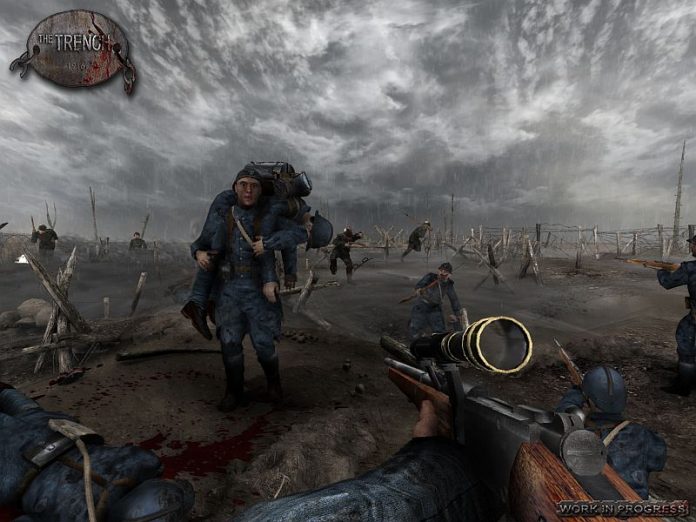 The first person shooter genre has kind of reached a point where all games in the genre offer the same thing and nobody seems to care about enhancing and bringing new features and ideas for the players. Fortunately, the existence of indie developers also means that there are a lot of people out there who really care about the gamers and do their best to bring a new touch to the genre. The same can be said about The Trench, a really exciting project from indie devs Gallica Game Studio.

What is so exciting and interesting about The Trench is the fact that the actual game begins three days prior to the actual action: you are a French soldier during World War I and you have 3 days before the German assault. During this time, you can prepare your defense by requesting field artillery placements on a precise zone, air support, Trench raiding and the positioning of foot soldiers in strategic places. All these have the sole purpose of reducing the numbers of German soldiers you’ll have to battle on your final day.

So this concept alone makes me wanna play this game so badly! Of course, The Trench is still in its early stages and the only pre-alpha footage released (you can check out the video below) shows us that the first person action and the game itself will be really challenging. Finally, something worth waiting for.

I really hope that they’re working on an English translation, it would be a disaster only to release this gem in French!