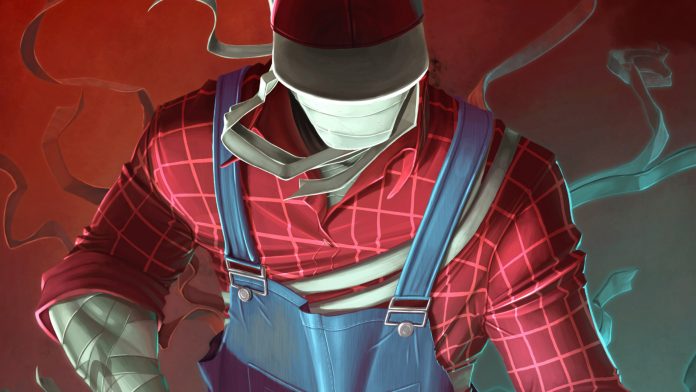 “Y’all probably wonderin’ how I got mixed up in this. Well, hang in there…”

Egypt. Big, old, and dusty, as our redneck protagonist lovingly puts it. Driving around recklessly on a vacation, our hero suddenly finds his jeep plummeting straight into a giant chasm. Caught in the harsh grasp of the dunes, our hero passes away… until the local “citizens” patch him up. The Immortal Redneck bursts out of a sarcophagus, now covered in bandages. Armed with his trusty shotgun, he sets out to find those responsible for his newfound immortality. Dudes like him? They don’t stay dead for long.

So, if you couldn’t have guessed from the over-the-top intro, Immortal Redneck is a game that doesn’t really take itself too seriously. I mean, just look at the name! That’s okay though because it fits not only the overall tone of the game, but also the genre. Redneck is fast-paced roguelike shooter. If you were to take something like Quake and fused with it Rogue Legacy, you’d end up with Immortal Redneck. 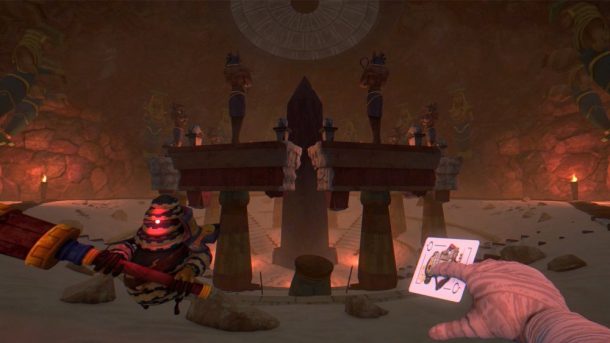 Redneck’s control scheme sets the game up for a reflex-based twitch shooter with a big emphasis on – you guessed it – shooting! You can jump, sprint, and to my surprise grab onto ledges. If Redneck scrapes against the edge of a platform, he’ll automatically pull himself up. It’s a nice maneuver to have and it compliments your overall movement speed and style. Left clicking shoots your primary weapon and right clicking activates your special ability, which changes depending on who you’re playing as – more on that later. Redneck’s special allows him to temporarily shoot faster, useful for any kind of situation!

After a short controls tutorial, you’re plopped straight into the pyramid. Each room of the pyramid is like a obstacle course. All pathways lock immediately upon entering a new room and killing all the enemies is the only way to get them back open. The game’s flow will have you first examine your surroundings to see how the room is laid out, see where obstacles are, find out what enemies are in there room and where, and then plan your attack route. Once you get the movement down the room designs are practically asking for you to run around and bounce off of obstacles. It’s a fun cycle that never really gets old, especially when you find new weapons to experiment with. 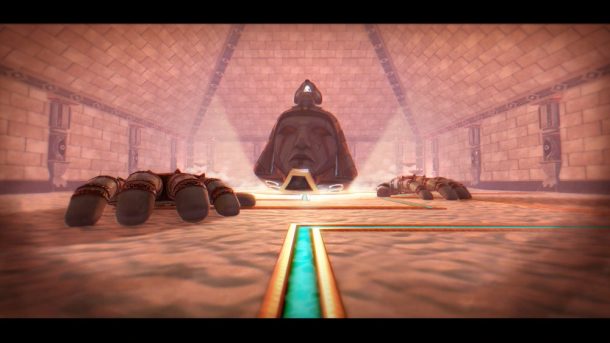 The Redneck has three weapon slots: a primary, a secondary, and a grenade-type explosive weapon. You’ll find different weapons as you go, just like any other roguelike. It’s fun to play with them all! Redneck starts out with a wooden pistol, a shotgun, and dynamite. I know that the wooden pistol is supposed to feel weak, but man that thing lacks any kind of “oomph”. It literally feels like I’m shooting a peashooter! Some weapons just don’t really feel like they have any kick, but this problem is alleviated by the fact that there is “hit stun”. Any time you shoot an enemy – no matter how weak the gun was – they’ll flash white and briefly pause for a split second. It’s the kind of hit stun that wouldn’t be out of place in a Japanese fighting game, and it’s really appreciated here because it gives the extra kick the guns really need. It also helps you give yourself some breathing room when the going gets tough – that’s always nice!

The enemies in Immortal Redneck are designed to be… actually kinda cute? You have sentient sarcophaguses that spit out tiny little mummies, flaming skulls with goofy eyes, bulky mummies with stubby legs, frogs that act like ordinary frogs, among others. They all have their own unique attacks with some moving in for a melee strike while others will try to snipe you from afar, like the archers and the mages. Enemy placement is rigid and very deliberate in this game; it encourages players to be more thoughtful when thinking of a game plan. Getting scraped by a sniper never feels unfair, and it’s always satisfying to perfectly execute your plan of attack without taking a single hit. 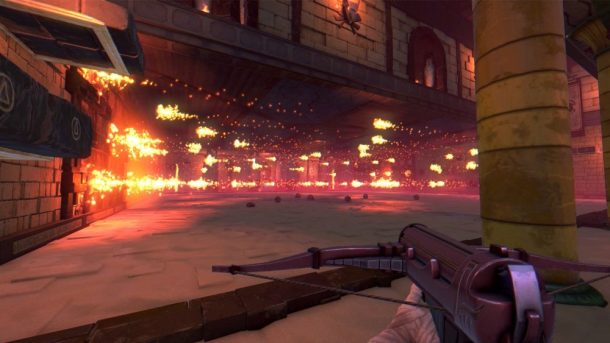 True to the roguelike genre, unfortunately you WILL die eventually but hey! You’re immortal! You’ll keep your gold and the amount of enemies killed will be tallied into a mysterious counter. After respawning from the sarcophagus outside the pyramid, you’ll be able to interact with the skill tree. Which is a literal tree, by the way. Seriously! When you unlock new skills, the tree itself will grow upward into a majestic work of nature. It’s a nice little touch! Anyways, the skill tree upgrades grant you permanent bonuses to your stats making you a little stronger after every run. You can even unlock additional characters through the tree, though they don’t seem to be selectable at will. Every time you respawn you’re given the option to play as a new character, but which one seems to be randomly selected out of the characters you’ve unlocked. While I like that this method encourages players to get a feel for all the characters, it also seems a bit unnecessary as you’ll never be guaranteed to get the character you want to play. 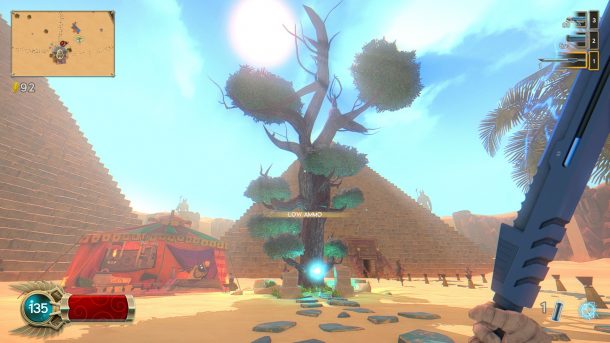 All in all, Immortal Redneck is a easy to pick up and play game but tough to master. With an emphasis on fast paced battles, there’s never a dull moment. The skill tree will keep you coming back for more saying “just one more run,” as you get stronger and stronger. Throw in scrolls and medallions and your runs through the pyramids will never be the same. Immortal Redneck is a great entry into the FPS roguelike genre.