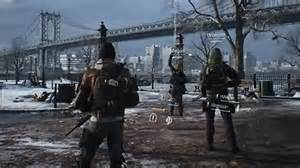 Ubisoft’s The Division has reportedly been delayed. An anonymous source from Ubisoft Massive spoke to Gamesreactor revealing that the new Snowdrop Engine that powers the game is close to being completed, however only a sliver of the actual game’s world has been built.

“The game engine works well, it’s not done, but works well. The actual game development has barely started, however,” said the anonymous insider. “The fact that Ubisoft has gone public with a 2014 release date feels laughable to be perfectly honest, we will never be able to release The Division this year. It’s a large project, and we have very far to go.”

While this rumor might not be true, it’s still a pretty probable outcome that the title has been pushed to 2015. Recently Ubisoft has been adamant about delaying their games to ensure higher quality. Watch Dogs, which was originally supposed to come out on November 2013, was delayed to this year. The Crew was pushed farther back to 2014 as well.

Also considering that the PC version of The Division won’t be a simple port, a 2015 release date is looking more and more like the proper release window.