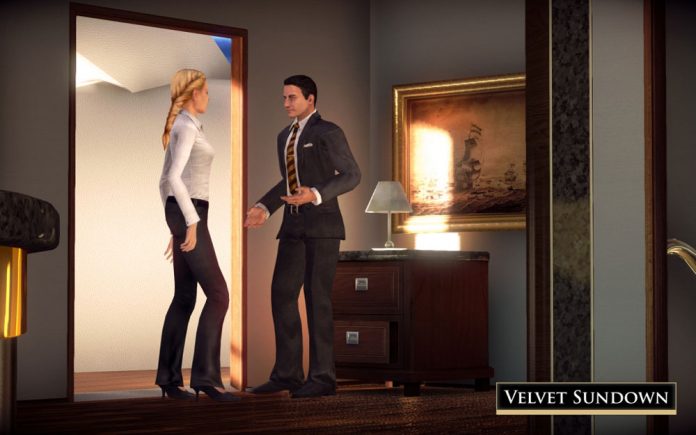 Imagine waking up on a luxury yacht bobbing about in the Caribbean, with no idea how you got there. There are several other people around, most looking just as confused as you are…

This is the basic premise for a new kind of game from Finnish developers Tribe Studios. Touted as a “dramagame”, players will apparently be able to role-play as in-game characters to a level not seen before.

When the game starts, players will be assigned one of 11 different characters. Each will have a unique personality, background story, and goals.

Gameplay is handled via the company’s proprietary Dramagame engine, allowing players to small-talk and negotiate with others via the in-game chat function.

Velvet Sundown’s text-to-speech technology is, according to the developers; “the first ever in an online game of this caliber”. It will allow players to freely express themselves; their text entries being converted into spoken words and uttered by their in-game characters in real-time.

Given such freedom, along with different storyline combinations means two games will never be exactly the same as players haggle, intimidate, and coerce others until the game goes their way. You can choose to keep information from players, or play the good Samaritan and help out where you can.

Close beta testing (on PC and Mac) is currently taking place, and interested players can sign up at velvetsundown.com.

Velvet Sundown definitely looks like an interesting social gaming experiment, but it remains to be seen whether these new ideas can carve a place for themselves in the market. It also remains to be seen how trolling will be handled in a freeform text-to-speech game…

You can check out this gameplay video if this kind of stuff tickles your fancy.