NES (Nintendo Entertainment System) is the first generation of gaming machines. And there are also many gamers who have a lot of memories with them. From adventure games, puzzle games to fighting games. In the 80’s, the NES games have grown very strong. However, with the emergence of devices such as Playstation, Xbox, PC and mobile devices such as tablets, smart phones … the NES’ empire gradually fades.

But the emotions when I play NES games are always in my heart, as it engraved on my mind. The most prominent feature of these games is the very simple 8-bit graphics, and the sound system is only available in 8-bit games. And today I’m honored to introduce you to “Superfighters“, a graphically styled game taken from 8-bit games.

How does it play?

First I will show you how to play the game. Because this is an RPG game, you will control a character with a white shirt with a big arm. Your character is both capable of fighting and shooting. Your main task in the game is to defeat all the opponents in the stage to become the only survivor.

The game offers 3 modes for you to choose from. VS mode is a mode where you have to fight multiple enemies at once (max 7 enemies), Stage mode is a mode where you can do missions in the game and complete the challenge to unlock new skins for your the character. And the last mode is Survival, a very interesting mode as you will be fighting multiple waves of enemies in a fixed time and you have to destroy them as quickly as possible. 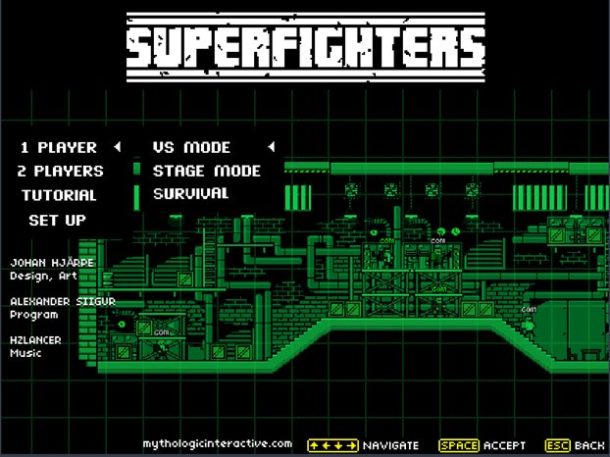 The first plus point is the graphics of the game. With the use of 8-bit graphics, the game brought a sense of familiarity with the 8x generation. I am also a person who has a childhood playing games on NES devices. So when playing the game, many kinds of emotions rush in and the most obvious feeling is happiness, like when children are given a delicious sweet candy.

My second favorite point in this game is its usability.A game with graphics and sounds of an 8-bit game, and you can play it on web flash, it’s really handy and anyone can play this game.All you need is a PC that can online. Also with the freedom to adjust graphics settings as well as control keys, the game supports maximum players so they can play the game comfortably. 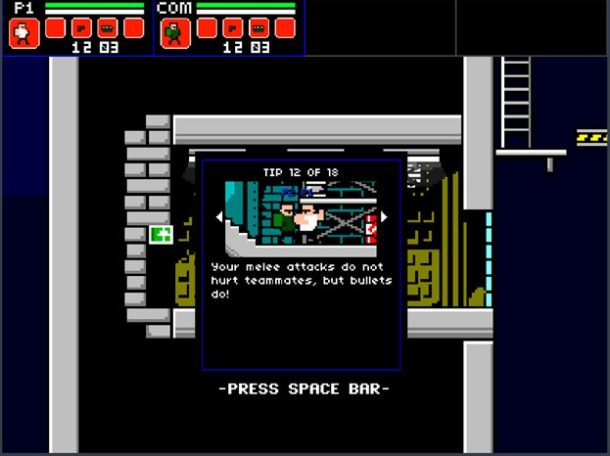 Third, that is how the game guides the players to experience the game. The instructions are simple but full of information, you can see this most clearly through the game’s Tutorial feature. Game play is also very attractive, and you will have a map that is large enough for you to be able to perform many of your own skills such as shooting from a distance, taking advantage of the items on the map to dodge enemies. Or when you are near your opponent, you can use your fighting skills to knock him down. 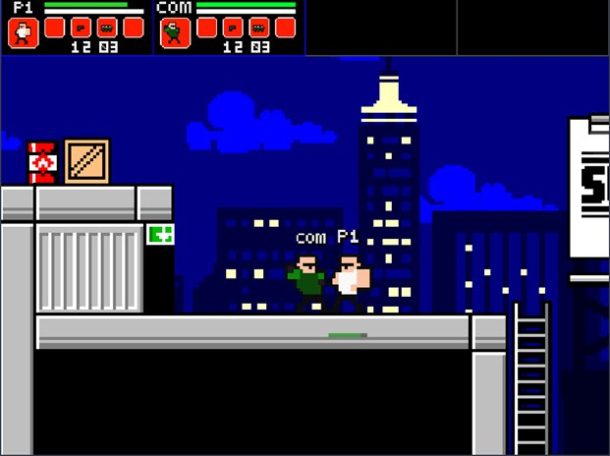 Last thing, my favorite point in this game is “The Perfect”. It does not have bugs, errors occur during the game you play.That allows you to experience the game through the way and comfort. This is really important because when playing games, everyone wants to have fun feelings, no one wants to be annoyed because the “bug” suddenly appear. 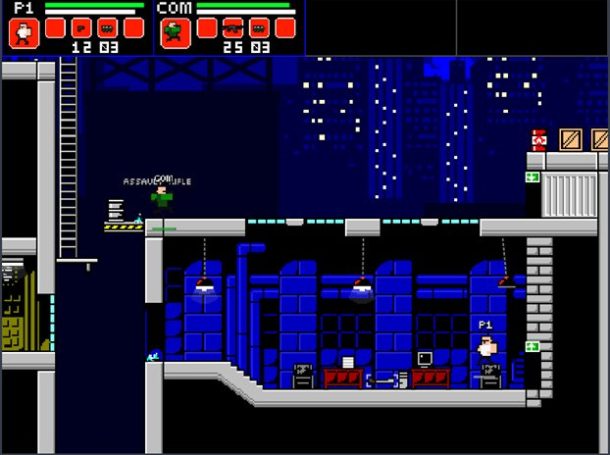 Maybe you will like the game has 3D graphics or the game has a beautiful open world. However, for some people (including myself) 8-bit games are always a monument in their heart. And Superfighters is one of the web games that make the players feel the clearest, closest as they are actually playing an 8-bit game on the NES devices.

The little fun will come to you in the Superfighters when you shoot the opponent at close range,when you see the character’s movement in a full 8-bit screen, when you hear the sound of it… and that’s how Superfighters appealed to me.