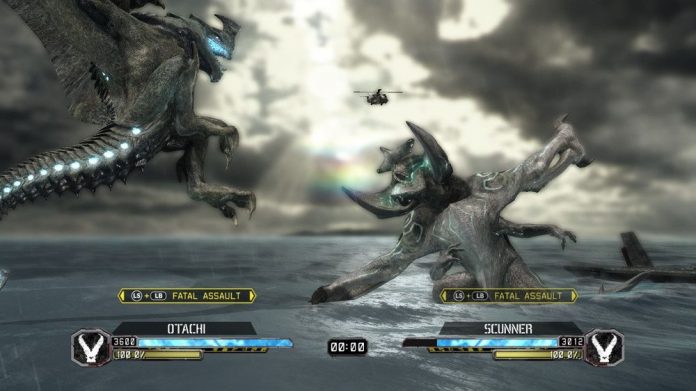 Developers Yuke’s and Jump Games are working to bring Pacific Rim, a science fiction, fighting game based off of the upcoming film of the same name, to pretty much whatever modern platform you could feasibly play it on. To that extent, Yuke’s, the creators of WWE and UFC games, are developing the PC and console (Wii U, PS3, Xbox 360) versions, while the mobile (inclusive of phones, tablets, and allegedly portable gaming systems) versions are being developed by Jump Games, the developers of other mobile games like Real Steel and Total Recall.

A good many gameplay features have already been figured out: the game cleared the Australian Classification Board with an M rating, noting that ‘gaming experience may change online.’ More telling are screenshots of the game, uploaded to Imgur by the user ‘sangreal.’ The character customization screen in one screenshot reveals the options to change moves, abilities and (at least for mechs) ‘assembly,’ as well as level up characters.

While developing and announcing a game based off of a film may seem a bit odd to some, it would seem that the film’s creators are quite serious when it comes to licensing: Legendary Pictures has already NECA to produce a line of action figures, Legendary Comics is working on a series of graphic novel adaptations and Sideshow Collectibles is in charge of building high quality replicas and statues of the film’s mechs and creatures.