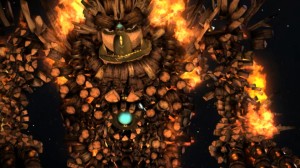 Both of Sony’s first-party PS4 launch exclusives, Knack and Killzone: Shadow Fall, have received rather poor reviews. Knack is currently sitting with a 59 Metacritic score while Killzone has a 74 score. Sony president of Worldwide Studios Shuhei Yoshida has admitted, in an interview with GamesIndustry International that he’s disappointing with the poor reviews, but he isn’t worried about it affecting the system’s launch performance.

“Yeah, it’s disappointing to see some of the low scores. I haven’t spent enough time reading reviews, but I would characterize them as mixed,” Yoshida states.

“It’s disappointing but I don’t think it’s worrisome for the launch of the system. I’ve played through all of our games, Killzone, Knack and Resogun, and I totally enjoyed playing through these games,” Yoshida continued. “I’m now on my second run of Knack and Resogun at a higher difficulty–these games really grow on you when you play more. I’m very confident that once you purchase these games and play, you’ll be happy that you’ve done so.”

While both first-party games have mixed reviews, the system still has a slew of fantastic third-party games available, such as AC IV and Battlefield 4.

Developer Sucker Punch has also announced that Infamous: Second Son will make its debut in late March with a PS4 bundle available as well. Naughty Dog also revealed a teaser trailer for a new Uncharted game but there aren’t any details regarding the game’s launch window.

The PS4 is now available in North America; the system will launch on the 29th in Europe.