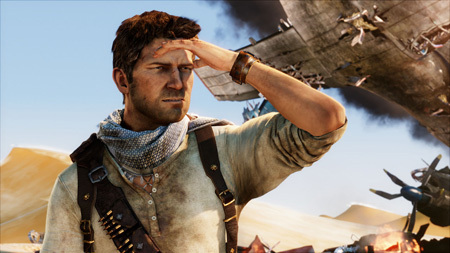 During Sony’s and Spike TV’s Playstation 4 All Access event in New York, Naughty Dog took the stage to reveal a short, but compelling teaser trailer for the next iteration in the beloved Uncharted series.

There wasn’t much detail revealed, as expected, the trailer this showcase a map of some sort with cryptic Latin writing.

A voiceover was also present that said, “Some chains can never be broken. I lost 15 years. Buried alive. Erased. You left me rotting in that hell hole and never looked back. But you can’t outrun the past, and when it catches up, when all your lies collapse around you, I’ll be there sifting through the wreckage. You owe me.”

Shortly after Naughty Dog co-president Evan Wells teased that there’s a lot more to the trailer than meets the eye, “if you pick through that trailer you’ll find some hints.”

There’s still no word whether or not Nathan Drake will return to the series, but we should expect him to be the main hero yet again.

Sony has also confirmed, via PS Blog, that Uncharted 3 writer Amy Hennig and game director Justin Richmond will make their return and that the title will only be on PS4.

“Our goal is to continue what we’ve done in previous console generations and once again deliver the best in storytelling, performance capture, technical innovation and graphics on the PS4,” Sony wrote.