Sega has announced the release of Sonic Dash for mobile devices. The game is already available on App Store for iPod touch, iPad and iPhone.

The legendary hedgehog is back and running in the mobile world. The game has been developed by HardlightStudios and as Sega states it “promises players the first full 3D Sonic world on phones and tablets”. The game resembles any of the previous Sonic titles, with stunning colorful environments, peculiar skills and utilities such as jumping over barriers and of course, Sonic’s dash move that allows players to run at incredible speeds and destroy everything in the way. In Sonic Dash you can compete with your friends through the leader boards, unlock special buffs to power up your skills or even choose to play one of Sonic’s friends: Tails, Knuckles or Amy. 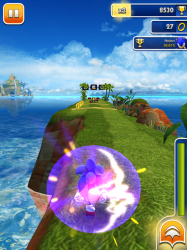 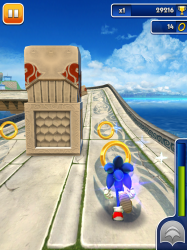 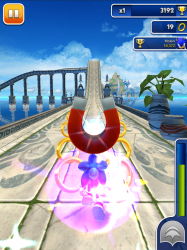 Additionally, Sega has stated that new updates, unveiling further content will be coming out in the near future.