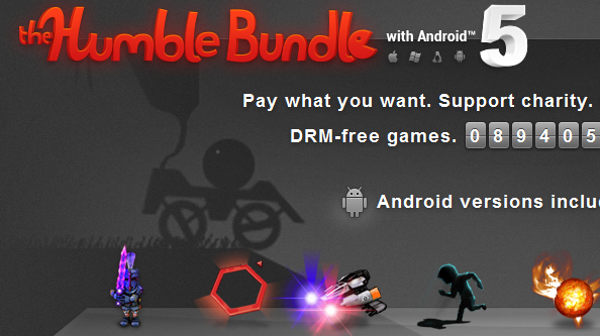 For those unaware as to how the event works, the Android games Nightsky, Solar 2, Dynamite Jack and Beat Hazard Ultra are currently available on the event’s site. Every game aside from Dynamite Jack will also come with their soundtracks included. Those interested can pay any amount of money to gain access to the games, DRM free. These titles are not confined to Android phones, and can also be played on Windows, Macs and Linux powered systems. While many are tempted to simply pay a single cent and buy these games for an incredibly cheap price, to do so would be missing the point of the event.

Those who purchase the bundle can choose who their money goes to, with the developers of each game one possible option. The Humble Bundle also supports two not for profit organizations; Child’s Play, which distributes gaming equipment to sick children in hospitals and EFF, an organisation that is concerned with the defense of privacy and free speech in the digital world. In order to encourage a more sizable contribution to the event, the Humble Bundle will also throw in Dungeon Defenders and Super Hexagon along with their soundtracks to those who pay more than the average, which is currently $6.60

If you’re interested in playing some great games while at the same time supporting independents developers as well as two charities, the Humble Bundle is a great way to spend some cash. This iteration will be running for another two weeks.