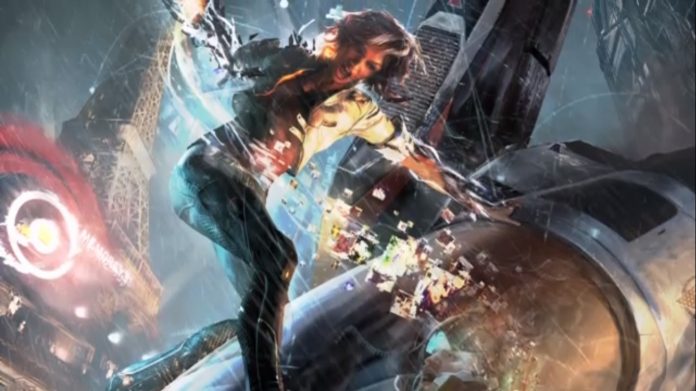 Remember Me is the upcoming sci-fi action game from Capcom, its release is scheduled to June 7th. Despite the unoriginal title, the game seems promising in many ways, especially in the gameplay field. Remember Me has been used in many media products before (movies and books); using an ordinary name for a game’s title isn’t the best idea but Capcom surely has a purpose behind this pedestrian name. The storyline seems unusual and very creative, but it’s not, at least the core plot has been produced and reproduced several times before. The most probably latest example is Total Recall, a sci-fi movie where the main protagonist got his memory erased as well and eventually discovers his true identity. Capcom’s resume of the game is not so different:

In Remember Me, players assume the role of Nilin, an elite memory hunter who is not only incredibly athletic and trained in martial arts, but also has the special ability to break into people’s minds and steal or even change their memories. When her own memory is erased, Nilin begins her journey to reclaim her identity and discover how she can change the world.

The game is coming out for PC, PlayStation 3 and Xbox360 and there’s currently a decent amount of information available about the gameplay and main features. So what can players expect from this game? Will it be a cheap copy of the Mass Effect world? To me, it seems like a fairly good game masked on a quite usual storyline. However, conclusions cannot be made until the game is finally out. Let’s analyze the top ten things that will surely be part of this futuristic story placed in Paris.

As I stated already, the narrative is not as creative as it appears to be, it surely differs in some aspects but the main core remains the same. Remember Me is about Nilin, the protagonist, who gets her memories erased and therefore she’s forced to enter a struggling journey against time in order to discover who she really is and who has done this atrocity to her. In fact, I believe the whole game is about recovering her memories and unveiling the reasons of whoever decided to take her down.

The world of Remember Me is set in France, in the streets of Paris, nearly 70 years ahead of us, in the year 2084. You’ll meet a completely automated city, where engines and plasmas have taken over the old buildings and robots have simply replaced people in most jobs, such as selling goods and securing the city. But not everything is about pure technology and progress – many parts of the city are clearly degraded and vandalized. Basically, the city has become a giant steel cube, in which nature holds no place anymore. 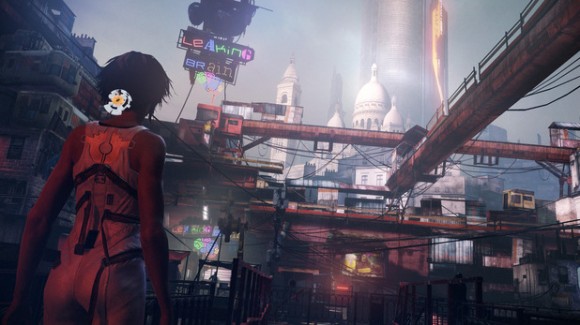 Nilin has an implanted chip as supposedly everyone in this era, allow her to travel anywhere she wishes without getting lost. But there isn’t just one way to get somewhere, if she gets in trouble she can easily detect alternative route ways. Also, when Nilin reloads someone else’s memory, she can acknowledge that person’s experience, such as knowing which tactic he/she used to get to a certain place.

4. Stealthy is the Way – Walking is Overrated

Walking is certainly not the best way to travel in neo-Paris, at least not for Nilin, she has to stay hidden and away from the robot’s scans, so she’ll most likely climb over buildings and jump above roofs. Running is also an option, the faster you can go through a dangerous area the better for Nilin. But don’t expect anything conventional, this is a stealth game and as so, walking by the shadow and doing unusual things are completely normal. 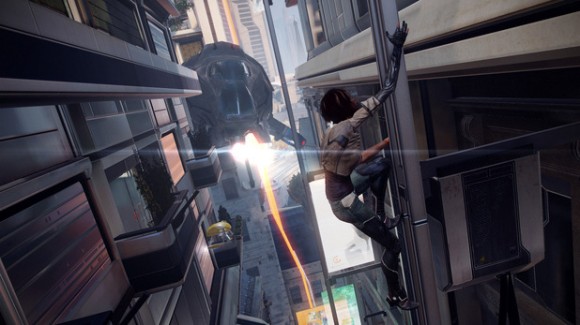 I’m not sure about how much players will be able to explore neo Paris but the game seems vast and dynamic, so I’m pretty sure there will be many unusual places where you can go before following the main plot quests. The exploration mode will be similar to Tomb Raider’s, where jumping and climbing things around will be the only way to reach that special place.

To defeat her enemies, Nilin has four combo chains, named pressens. Each combo chain can be filled with different skills, as you progress through the game new abilities will be available. Note that Nilin was once a very skilled agent, as her memory gets erased most of her complex moves are erased as well, so the closer she gets to recover her true identity, the faster she’ll unveil her true self, including fighting tactics.

Most of the action scenes, include several enemies against Nilin, this requires a certain strategy level in order to keep each enemy busy and avoid getting flanked. Switching combo chains will surely be determinant in your progress; sometimes you’ll need to recover health instead of dealing tons of damage. Nonetheless, the fights seem very promising and exciting. Enemies vary as well; some are equipped with shields, which require much more than physical force to shut down. 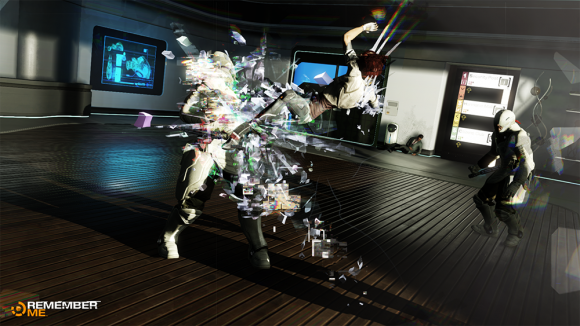 In Remember Me everything is about memories and the brain itself. There are no secrets anymore, literally anything can be easily known through technology. Possibilities arise in this game and you’re not simply able to erase someone’s memory, you can change events as well; altering someone’s reality may change the future in many ways because what’s real for a person is determined based on memories and experiences. As Nilin can remix people’s experiences, things get really interesting.

Memory reload is part of the new reality world that has obliterated any kind of secret. Nilin has the possibility to read other person’s thoughts, memories and experiences as reloading a file. Each brain is seen as a big giant file that can be read, altered and erased, just as we do with technologic devices today. This theory has been developed in real life by many scientists already such as Marvin Minsky. 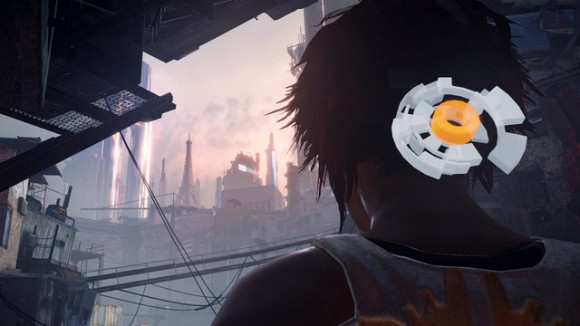 In the movies world it’s extremely common since long ago, however in the gaming sphere the swearing factor has been giving its first steps, at least on RPGs and action games. It seems like a pleasant feature for video gamers, I guess pleasing enough to create a female character that curses intensely at her enemies. I mean, it’s just simply bad-mannered and rude, besides it makes the character seem vulgar.