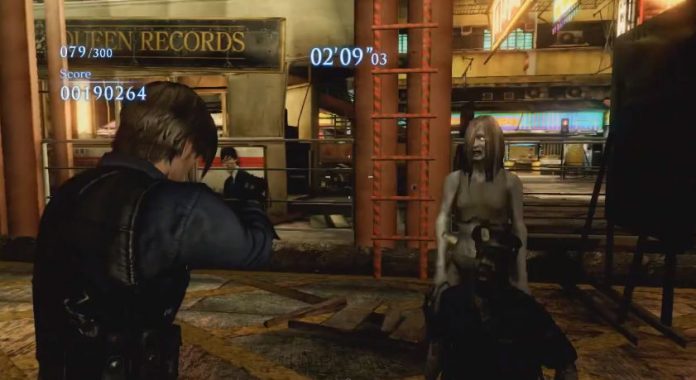 Capcom have launched an update that brings two zombie games together with a Left 4 Dead themed content pack for Resident Evil 6.

Given to players for free, the PC exclusive DLC pack is an add on to the “Mercenaries No Mercy” mode in RE6, a harder version of the score based Mercenaries mode which was first featured in RE5. The update gives players the option to choose from Left 4 Dead 2 characters Nick, Coach, Ellis and Rochelle as they try and rack up as many kills as possible in a race against the clock. In addition, players will have two of the special infected from Left 4 Dead, with both the Witch and a miniature version of the Tank making appearances. Capcom have also released a trailer detailing the gameplay that the DLC will add:

Valve’s update will be adding Resident Evil enemies to the game, with players getting to face off opponents such as the Lepotitsa, Napad and Ogroman. Valve have specified a spring release date for this content.