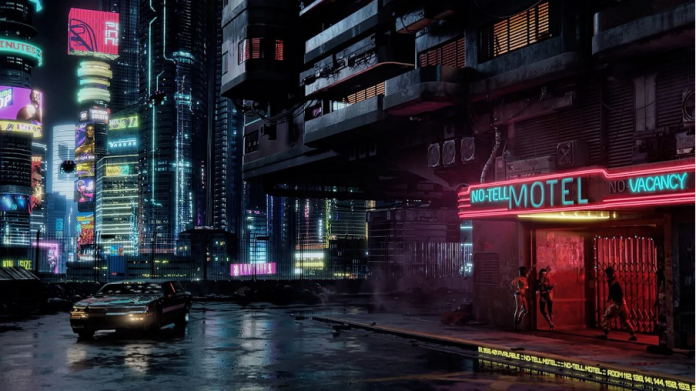 What does cyberpunk mean to you? This word would mean nothing to most of us a decade ago, just another fancy slang. But now, we can easily imagine the dystopic high-tech future with all human sins multiplied by 10. This is the power of visual narrative – making a visual world so distinctive that it becomes a reference. Nowadays, using third-party Game Art Services is a no-brainer for big dev studios. They all want to make game universes as plausible as Cyberpunk 2077 is.

However, this urge can take different forms. How to make the game world super real? What about using real actors and real locations? That’s why we get more and more game-based TV shows. Now, believable universes are standalone brands that can make money on their own. Let’s see what masterpieces the industry can offer right now:

It’s a two-season American-Polish fantasy series based on the CD Projekt RED action/RPG game series The Witcher, which in turn is based on the novel series by Andrzej Sapkowski.

Witcher Geralt, a mutant and monster slayer, travels across the Continent on his faithful horse named Roach. For a tight bag of minted coins, this man will save you from any stubborn evil spirits – from swamp monsters, werewolves, and even bewitched princesses. In the rural wilderness, the local girl Yennefer was unhappy with her appearance and living in horrible conditions but was lucky enough to have the ability to perform magic. Her father sells her to the sorceress as a student.

In the other part of the Witcher universe, the young heiress of the kingdom of Cintra named Ciri is forced to escape when the Nilfgaardian Empire captures their country. The fates of these three will be tightly connected.

Two seasons of the project are based on the universe of the Halo series – first-person shooter games created by Bungie.

In the XXVI century, a war is raging between the United Nations Space Command forces and a religious alliance of several alien races. People are struggling to survive but still losing ground on all fronts. The last hope is the SPARTAN-II – a program to create enhanced people who should become the most effective weapon in the fight against aliens.

The mini-series from Netflix is based on the famous horror franchise Resident Evil.

2022. Sisters Jade and Billie are moving to New Raccoon City and will now live with their father, Albert Wesker, who is a secret researcher at the Umbrella Corporation. One day, Billie incites her sister to break into the laboratory in order to find evidence that the company is testing on animals. Things don’t go according to plan when the girls are attacked by a virus-infected pig and Billie is bitten.

2036. There are only about 300 million people left in the world. The rest, 6 billion – zombies infected with the t-Virus. Jade Wesker studies their behavior, trying to detect signs of a virus mutation when a representative of the Umbrella Corporation begins to hunt for the girl.