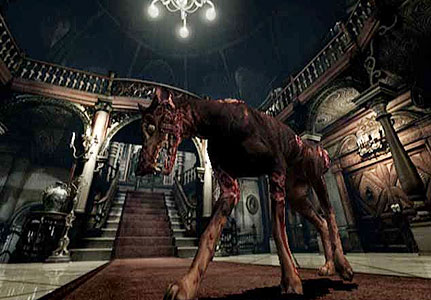 Resident Evil creator, creative director behind the upcoming The Evil Within, and all around legendary developer Shinji Mikami believes it is not much harder to scare players than it once was almost two decades. In speaking with Edge, Mikami said it is difficult to come up with new ways to frighten people and successfully build up tension mainly because they’ve seen it all already.

“Not much has changed when it comes to instilling terror in the player,” he said. “But people have got used to the tropes of horror and they know what’s coming next, so in that sense it is harder to make them afraid.

“The scariest parts will be when you encounter enemies that cannot be killed with a gun. Even if you shoot them they won’t die, so you’ll have to run or use a trap to beat them. That should be fun – and also scary.

“Making games is always like a rollercoaster: really fun times, but also really busy times. When you ride a rollercoaster, the uphill part is scary and fraught and lasts for a long time, and the downhill part – the fun, exhilarating part – is over in a flash.”

The Evil Within is being marketed as a return to horror and a spiritual successor to the more older Resident Evil games. The title is set for a 2014 launch and will be available on PS4, PS3, Xbox 360, Xbox One, and PC.