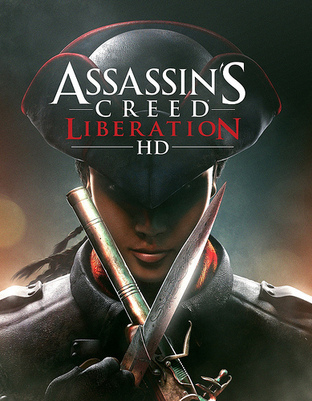 Ubisoft have announced, via PS Blog, that the HD version of PS Vita’s 2012 Assassins Creed title, Liberation, will arrive exclusively on the PlayStation Store on January 14, 2014.

The game will also feature reworked gameplay mechanics to enhance the playing experience on a widescreen Television. Developer Ubisoft Sofia producer Momchil Valentinov Gindyanov states: “When we set out to do Liberation HD, our objective was simple: improve upon what worked on the Vita and adapt the gameplay and missions to be the most fun and enjoyable they could be. As a result, each mission has been reworked in order to improve its pacing, and the challenge it poses to the player.”

Gindyanov also revealed that his studio added extra content into this re-release to further enhance the main story and offer up additional missions, 15 to be exact. These missions are dramatically affected by Aveline’s (main protagonist) different personas, which in turn create diverse interactions between the city and Aveline.

“In addition to the HD upgrade, we also have new missions specific to Aveline’s Persona, Gindyanov says. Aveline is the first Assassin with such clearly different character types — Assassin, Lady, and Servant. Each persona has its own advantages and disadvantages when playing missions, and each generates a different reaction from the city life around Aveline. That’s a total of 15 missions delving deeper into Aveline’s story.”