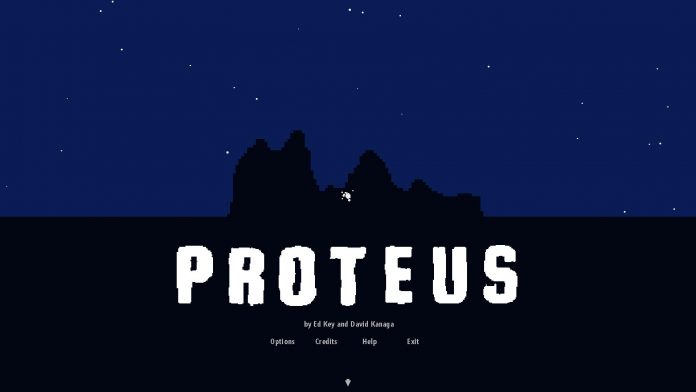 Proteus is expanding its horizons and its going to release on Sony’s consoles next week. Curve Studios announced today that the PlayStation 3 and PlayStation Vita versions will be available for download via PSN on October 29 for North America and October 30th for Europe and Australia. The release in Asia hasn’t been clearly announced yet, however it will hit the markets a few weeks later.

The PlayStation of Proteus will include additional content, especially performance and graphical options, for the first time players will be able to “effect the environment directly, giving new depth and immersion into the dreamlike worlds they can explore in game.”

Proteus is something very unlike every other title we’ve worked on so far, and it really is something special. We’ve been working hard to add features to the PlayStation game that enhance the experience without moving away from the exploration, discovery and mystery that Proteus is all about.

This project has been running for six months at Curve Studio, however the waiting is about to end.