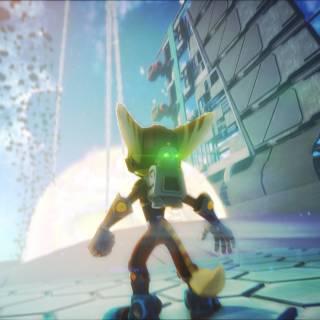 Insomniac has announced the release date for their latest Ratchet and Clank game. The title will be available digitally and at retail on November 12 in North America and the 13th in Europe. Both versions of the game will be available for €29.99 / $29.99, but the title is much shorter in comparison to past entries.

Insomniac’s senior community manager James Stevenson explained that Into the Nexus was always planned as a short epilogue to the Future trilogy (Tools of Destruction, Quest For Booty, and A Crack in Time). They spotted an opportunity “to tie a bow on the PS3 era of Ratchet with a shorter title. We have a lot of stories to tell, some longer, some shorter,” he continued. “This one felt just right. It’s a very polished self-contained return to the Ratchet adventures of yore.”

Into the Nexus feels a lot like past Ratchet and Clank games, and as stated by Mr. Stevenson, this was planned along. Pre-order bonuses are also available for the game as well. Pre-purchasing the game will get you Ratchet’s Pyronox Armour, which is inspired by Gadgetron’s popular Infernox Armor, and offers a 5% damage-reduction.