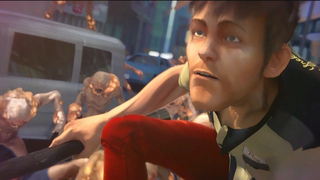 Microsoft has revealed that Insomniac’s latest effort, Sunset Overdrive, will launch sometime in 2014. In a post on Xbox Wire, which celebrates the console’s launch, Microsoft stated that fans can “expect more huge launches as well, with the release of next-generation experiences, such as Titanfall, Project Spark and Sunset Overdrive in 2014.”

Sunset Overdrive was revealed back at E3 2013, and is a Xbox One exclusive. Microsoft describes the game as  “an always changing, open-world shooter set in the not-so-distant future.” Just recently Microsoft Studios corporate vice president Phil Spencer discussed the game and revealed that Microsoft is “playing a full section of the game and feeling really good about the open world gameplay that they’ve put together.”

Sunset Overdrive marks the first time Insomniac has opted to develop an exclusive title for the Xbox. The studio almost always developed solely on Sony’s consoles. Their Ratchet and Clank and Resistance games are some of the most popular amongst Playstation fans. The developed did however just released a new Ratchet and Clank game titled Into the Nexus exclusively on the PS3.