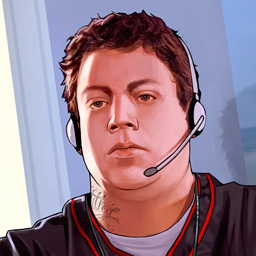 The focus is entirely on Grand Theft Auto Online for now, but that hasn’t stopped Rockstar from brewing up fresh ideas for future iterations in their beloved sandbox series. In an interview with Develop, Rockstar president Leslie Benzies said, “We’ve got about 45 years worth of ideas we want to do. We don’t know what GTA 6 will be, but we’ve got some ideas.”

Benzies also revealed Rockstar’s process on starting development on a new game. The most important question the company asks itself is what will be the location for their next project. “It comes from the idea first,” Benzies states, “Where is it going to be set is the first question. Then that defines the missions; you’re doing different things in LA than in New York or Miami. The map and story get worked up together, and the story is a basic flow of how it works out so you can layer the missions in.”

The concept of having 3 separate characters in a GTA game was conceived several years ago. The feature was originally created for a past GTA game but technological deficiencies held Rockstar back from implementing the mechanic. “For this one we were down in London and the idea of the three characters popped up again, Beznies says. We’d actually considered it for San Andreas because there were three cities, but it didn’t work from a tech point of view because the three characters need three times as much memory, three types of animation, and so on.”

Rockstar are currently looking into resolving several issues associated with the recent launch of GTA Online.