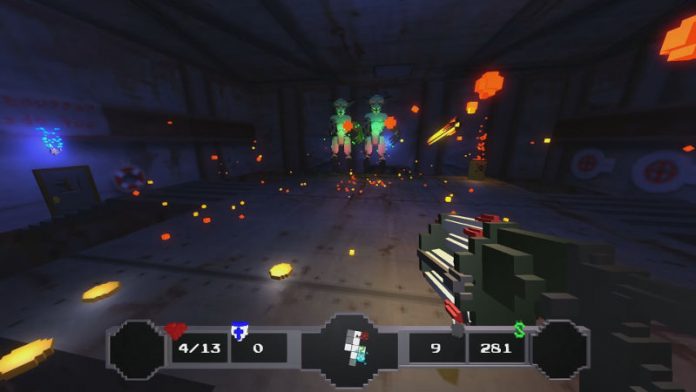 In an email to Unigamesity earlier today, one of the developers of Paranautical Activity confirmed that over the past few days, the title has “gone from 44% to 80% to the top 100” on the Steam Greenlight system. This massive boost in votes has been attributed to the amount of press coverage that the game has been getting ever since an interview with Youtuber Green9090:

Paranautical Activity was initially posted on the Greenlight system, but until recently had yet to garner anywhere near the amount of votes required to make it into the Steam Store. Some three months ago, publisher Adult Swim noticed the game, and promised the developers that they’d be able to get their game on Steam. Following this, the developers ceased updates for the game’s Greenlight page. After “going through their process,” Adult Swim tried to pitch the game to Valve, only to have it knocked back.

The issue was that the game was listed on Greenlight, and Valve didn’t want to send a message to other developers that the system could be bypassed by signing up with a publisher.

To be clear, the problem doesn’t appear to be that Adult Swim doesn’t hold enough sway as a publisher. According to the developers of Paranautical Activity, five games were pitched by Adult Swim. Of these, three were accepted, while the last two titles (Paranautical Activity and an unnamed game) were knocked back solely because they were listed on the Greenlight service.

Since the initial interview, Valve has issued a statement to Gamasutra. According to the company’s Doug Lombardi, Valve’s “message to indies regarding publishers is do it for your own reasons, but do not split your royalties with a publisher expecting an automatic ‘Yes’ on Greenlight.”

This series of events sends a negative message regarding the system as a whole. In the off chance an indie developers manages to sign with a publisher, it appears Greenlight can end up hindering the very people it was designed to assist.

It’s in outrage against this that the developers have revitalised their Greenlight campaign.