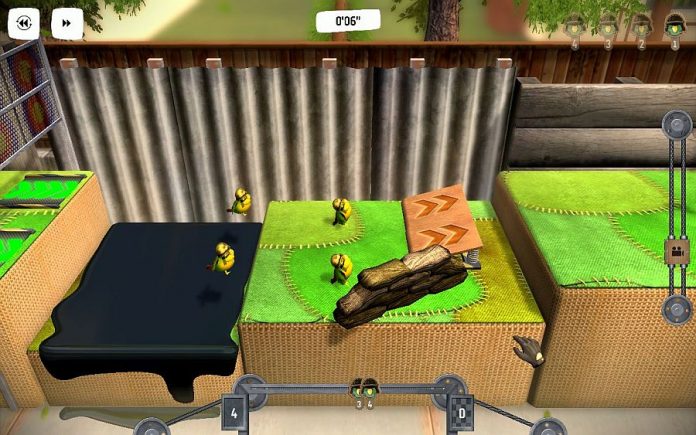 What happens when you take a puzzle game created for mobile platforms and move it over to the PC? Non Flying Soldiers answers that question, and if you are wondering how good or bad this game is, I have the answer for you right hire in this review. So let’s start answering some questions!

If you’re wondering what this game is all about, well… it’s about a bunch of fat birds that lost their ability to fly, enrolled in the army and now must be saved. They only know to run forward and it’s up for you to guide their small chubby steps to safety, avoiding all sorts of obstacles along the way.

I know, this is a pretty common concept for the mobile phones and you have tons of games that are better or worse at providing the fun. What about the PC platform? Well, I can start by saying that Non Flying Soldiers looks huge on my huge computer screen. Your mind keeps telling you that it’s a mobile game and still you play it on such a huge screen! That’s the first shock I had to get past first. And it wasn’t a “bad” shock either! 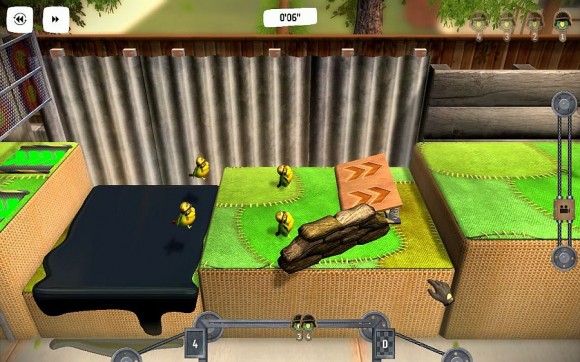 Gameplay-wise, things are pretty simple: the game is divided into levels and each has a mastery rating calculated in the number of stars you can gather along the way. You can look back and forth, check out the obstacles and plan ahead how to place markers and detours and power-ups for your chubby birds to make it safely to the finish line. Being a puzzle game, things are not always obvious and you have to replay the levels a bit, then replay them again to get all the stars (which gets more and more difficult).

The game also has a hint system that shows you where to place your power-ups, but this will never guarantee three stars. Usually, your birds will barely make it, which makes it pretty challenging for those who want three stars on all levels, but also easy to progress through the game for the others.

Right now, there are 45 levels to test your bird saving skills, and I can’t say that the challenge is huge – you can go through the game in a few hours and probably you’ll need a few more for getting the three stars on all levels.

During the levels, you can also collect coins, which can be used on a virtual arcade to play a retro styled game, which is a nice addition and adds some extra value to Non Flying Soldiers. And also allows your brain to rest a little after strategizing so much stage after stage. 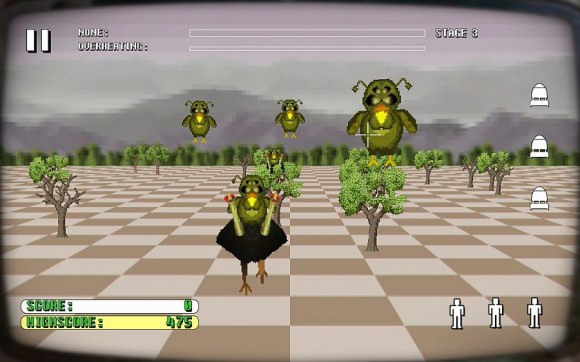 Visually, things look good but nothing too fancy. The game itself is made in such a way that there’s really no need for explosions or too many special effects – the poor birds look like they are scared and useless anyway, there’s no need to scare them even more. Sound-wise, things are pretty average too: you can’t expect a triple A soundtrack for a casual game like this, and you won’t get it. The music is pretty repetitive and basic, but I never felt the need to turn it of and play my own, which means that it’s not that bad, after all.

In conclusion, Non Flying Soldiers proves that a mobile game can look great on the PC and deliver a few solid hours of brain twisting fun. The problem with the game is that it somehow fails to be extremely charming or turn you into an addict, so its replay value are pretty low, especially since getting all those three star ratings doesn’t actually reward you with anything but satisfaction. Still, Non Flying Soldiers is far from a poor game and especially for those who love this kind of puzzlers, might prove to be a great addition to the games library.