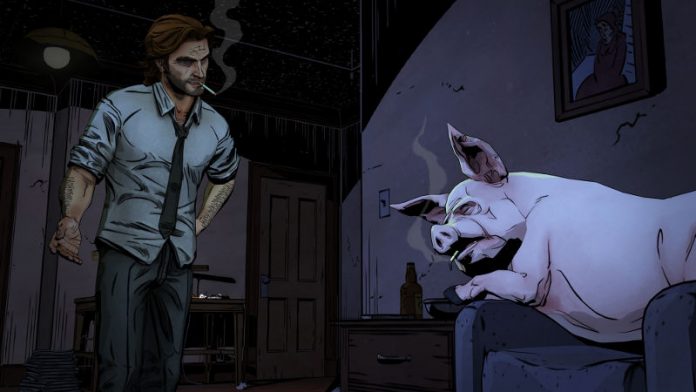 Telltale have today put out screenshots from their upcoming game, the Wolf Among Us.

From the looks of things, those who played The Walking Dead will feel a distinct familiarity in terms the modeling of character faces. The same can be said of the derelict surroundings, which feature a cartoonish art style that fits the comic book adaption.

The majority of the screenshots feature the titular Bigby Wolf featured in the Three Little Pigs story. It’s this character that players will control as they explore a hidden society in New York made up of other famous fairy tale characters, such as smoking member of the Three Little Pigs gang and Pinocchio.

After being exiled from the land of fairy tales,  Bigby Wolf is tasked by Snow White to keep the peace in the small New York community as its sheriff. However as be seen, his system of delivering justice involves a fair bit of punching.

The Wolf Among Us is slated for an as yet unannounced summer release date, and will be available on PS3, Xbox 360 and PC. As with The Walking Dead, the game will use an episodic release system.