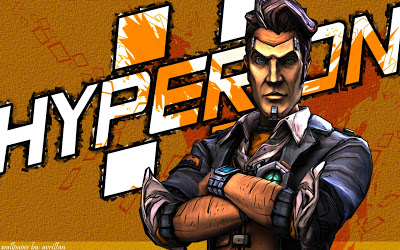 In a compelling interview with Polygon, Telltale senior vice president of publishing Steve Allison explained how the small developer was able to conjure up a game with Gearbox revolving around their Borderlands franchise. Allison specifically recalls last year’s VGA awards, and the fact that alcohol was involved.

“We were backstage at the [2012] Spike VGAs and Gearbox was sitting at table one and we were sitting at table two — we were there for The Walking Dead,” he explained. “We got to talking a little bit, and I don’t remember when it became, ‘we should do this thing,’ but it happened over a few cocktails.

“We could have easily left it and chalked it up to too much tequila, but we followed up when we got home, and they remembered the conversation. The Borderlands universe has so much story potential, all those great characters. There’s a narrative there in Borderlands 2 but it serves a certain purpose, and we can serve a difference purpose with it for fans of the franchise.”

Tales of Borderlands, which was announced at this year’s VGX, won’t be a proper shooter. Instead the five-episodic game series will take more of a narrative approach, just like in previous Telltale games. The project will be a multi-year, multi-title deal and came about simply because Allison and his team are genuine fans of the original series.

Internal meetings at the studio saw Telltale, “[Look] at things we wanted to work on and the most important things are what are we passionate about. After that we ask, is there enough of an audience at the end of day that would play this thing?

“We want franchises that are really difficult to translate into traditional gaming, we don’t want to make another Walking Dead first-person shooter. What works with the franchises we have it the characters, the story and drama and the relationships. We look for franchises that are huge and have all those elements.”

Taking a year to actually finalize the deal, Telltale will have to start work on the developing the title. There’s no specific release date outlined for the first episode, but we should expect it to make its debut sometime in 2014.