A new trailer of the upcoming Batman: Arkham City has just been shown at this year’s Comic Con and it was filled with enough surprises to keep our interest high in the game: except for the gameplay itself, we’ve been introduced to three new characters in the game: Talia al Ghul, The Penguin & Solomon Grundy.

The biggest surprise here is Talia al Ghul (you can check her out in the image below) whose actual role wasn’t specified yet by the developers, but we do know that she’s the daughter of villain Ras al Ghul and despite this, Batman kind of has a crush on her. Pretty interesting to see what the developers have in mind with the beauty: 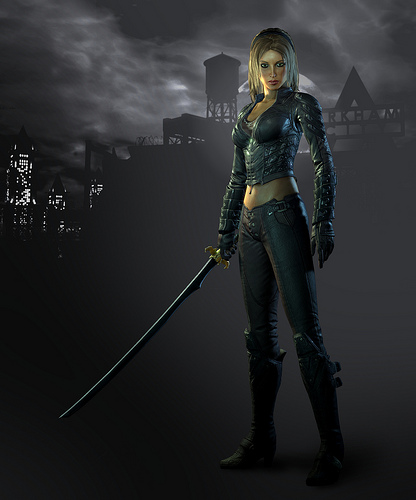 Now check out the Batman: Arkham City trailer below for some of the goodies that we should expect from the game (and notice the brief appearance of Solomon Grundy at the end of the video.