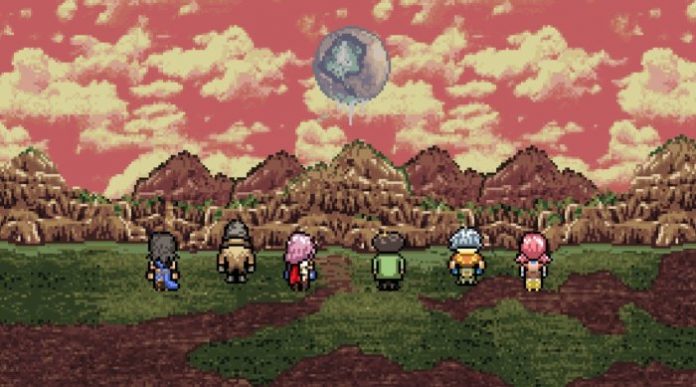 Square-Enix just released a new trailer for Lightning Returns: Final Fantasy XIII today. Instead of taking the usual route, they decided to tempt us with nostalgia. The result is a whopping seven minute ‘retro-spective’ that shows us the plot of Final Fantasy XIII, and Final Fantasy XIII-2 in glorious 16-bit.

They went all out this time, from remixing all of the music you hear into the classic midi files and the full polygon models into 16-bit sprites, to the story being summarized in its entirety via the classic text bubbles. While it’s nice to see a gameplay trailer that shows off all of the latest areas you’ll explore and monsters you’ll slaughter, it’s refreshing to see a new take on a somewhat tired trend for trailer reveals.

Generally, we see a teaser, followed by the reveal that of which is usually a cinematic trailer of no substance, and finally, several trailers throughout the following months that will reveal and spoil minor details to hype everybody up. While it’s effective, it’s nice to see change like this.

All of that said, does this trailer make you excited, or is it just re-affirming the disappointment you ultimately felt playing the previous games? I personally find that it makes specifically XIII bearable, and that is no small feat. I am cautiously optimistic about Lightning Returns, as it appears that they want to reverse the effects of both Final Fantasy XIII and Final Fantasy XIII-2, but I will definitely pick it up when it releases on February 11 in North America.