The Batman: Arkham City Collector’s Edition will feature an incredibly detailed Batman Statue as you’re about to see in the images below taken by the folks over at ToyArk. The Collector’s Edition of the upcoming game is already priced: $99 and alongside the game and the amazing Batman Statue, you will also receive a special DLC, an animation movie, an art book and more so it’s certainly worth the money.

Now check out the close-up images of Batman’s statue from the Batman: Arkham City Collector’s Edition: 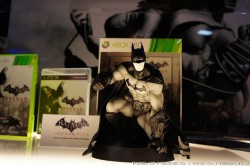 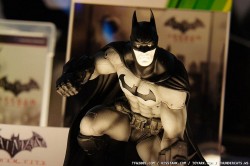