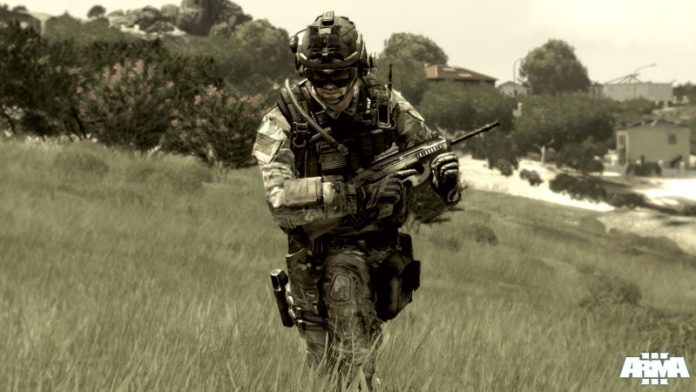 Behold fans of tactical combat and large scale warfare, as of today Arma 3 is available through steam. As a matter of fact it did not just drop, it hit like a bomb. Withing minutes of its global launch, the game managed to top the sales chart and even beating down the new Tomb Raider game in the process. But whats in it for you? Here it is:

On the first look this might seem pretty thin, with only the smaller of the two islands Stratis available and a mere 12 weapons, until we get to the part where they give you a full modding toolkit to create your own multiplayer missions. As of now there is only a few makeshift missions hanging around in the official server browser (which by the way is a bit buggy), but lets give the modder community a few days and well most likely get to see anything from large scale vehicle battles to silent special operations.

Overall I must say I am glad Bohemia is offering the game at this early stage, as they seem pretty serious about the bugfixxing instead of using it as an excuse to release a game 6 months prior to its official release. The game already feels very smooth, with my only real issues being the buggy server browser, lousy hardware optimization and the rather stupid AI. Finally all of these points feel pretty irrelevant as the game comes at the tiny price of 25 €/33$/ 20£. Arma 3 should definitely be on your shopping list no matter if you are a veteran or hoping to get into the genre.