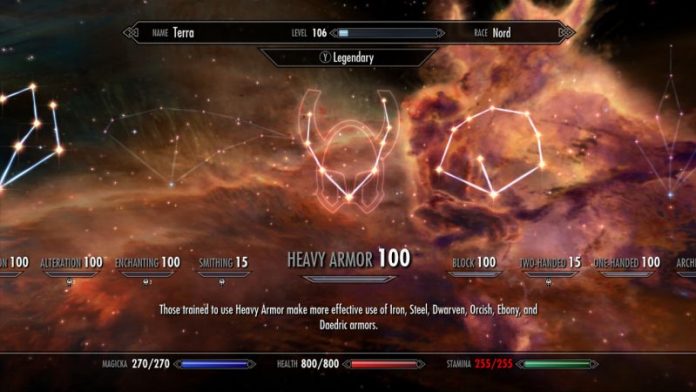 Earlier Bethesda unveiled the Beta for the next Skyrim patch for Pc, all you have to do is to opt in through steam. The official release date is supposed to be sometime at the end of march, although they do not have any closer information regarding consoles.

So whats in it for you? Well, if you’ve raged at the notoriously low level cap this update is for you. 1.9 will allow you to turn skills which have hit the level cap into “legendary” skill, which will reset them back to the basic 15 points, but will allow them to add to your overall leveling cycle again (think prestige in CoD). This essentially removes the level cap completely, as there does not seem to be a limit on the number of times you can prest…. I mean legendarify a skill. Another big part of this update is the addition of a Legendary difficulty setting, which most likely is meant to stretch out the playtime for higher level characters. For more check out the whole changelog below:

BUG FIXES
Well will keep you updated on what you can expect from the full update release, in the meantime feel free to leave your thoughts in the comments.