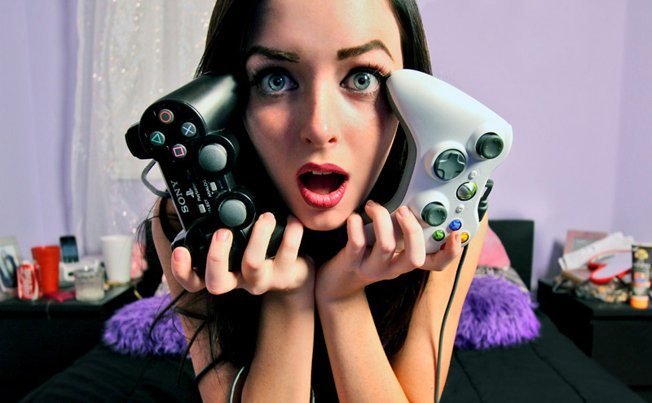 As console generations come and go, we will often notice a distinct direction of the games. This last generation spent much time focusing on killing one another online. The previous one spend a bit of effort on long stories and couch co-op. For the next generation to be truly great, we can’t just stay par for the course and add more first-person shooters with prettier graphics. Certainly, the graphics will be important to most, but it’s the gameplay and immersion that should reign supreme. Some features we should see are:

Of course, this has been happening since the creation of Pong. Letting the game play against you is great, but making it feel like an actual person, or people, will be key to the single player experiences next-gen. Games have made great strides as of late, particularly looking at the shooter genre. With enemies employing more and more real-world tactics you can almost feel like the game is fighting you back, not to mention the very recent usage of ally NPCs that are no longer useless (see: Bioshock Infinite and The Last of Us) but actually help. Escort missions could have just changed forever! Sure, they had to fudge the rules for those tag-alongs, but we’re getting closer, improving an aspect of games that is much more important that how pretty it looks.

When Call Of Duty 4 brought bullet penetration to the forefront of the console community, it was a game changer. No longer was cover impregnable, tactics and awareness of your cover were now important. However, it was not, and still isn’t, without its faults. The inconsistencies of the materials one can be shot through, let alone with effectiveness, can still be ironed out. I’m confident tanks were designed to repel bullets.

Battlefield has done a great job with this and where they are going with the all out destruction is a true feat as well. Giving the player the option of creating a back door adds tactical ability to any and all situations, and it keeps levels from growing stale too quickly. Battlefield 4 will be a quick test of next-gen destructibility, but I long for the days of Red Faction’s Geo-Mod technology to return in something other than pixel graphics. With the power of these machines I think the time is right for not only shooters, but all forms of games to let players blaze their own path.

The heated argument during this generation centered around whether games are, or are not, art. Throughout the generation, and again, during the tail end, we saw more than a handful of games push for not only an engaging “art” experience, but truly engaging stories. We are at the point where games are massive in the public eyes, and for them to stay that way, they need to continue to engage players, and blur the line between video game writing, and novel/film writing, in which there seems to be a distinct divide currently. That’s not to say that multiplayer only or centered games will not have their place, but the power of these consoles to render facial animations combined with the increasing talent drawn in during game development, should result in story driven games being that much more impactful.

A RETURN TO TACTICS AND TEAMWORK FOR MULTIPLAYER

Sure, there will always be those hardcore clans that run together in any multiplayer community. A tight knit group of friends is likely to communicate and use all the tactics they can come up with to their advantage, unfortunately the same cannot be assumed for a random group of people in the same game. With the implementation of “party chat”  a player can be totally ignoring his team in an objective based game mode, and not even know they are trying to communicate with him. There may not be a solution for this from a player standpoint, but giving games a more dynamic reward for teamwork, or penalization for lack of, would be a great start. I know a game where you gain zero experience for losing would lose players instantly, but a middle ground could be achieved, I’m sure. The decision against packing a communication device in with each console is also detrimental to an industry leaning more and more on multiplayer, but you still can’t guarantee everyone will use it every time.  Beauty lies in the PC gamers keyboard.

One thing that was truly lost in this generation by a majority of games is a challenge. Truly difficult gaming experiences were few and far between for so long, I think gamers lost sight of what a true challenge was. In an effort to make games more accessible, the path to the end was made a little easier with each iteration, so much so that even the higher difficulty simply threw more enemies at you or gave you the resilience of a piece of tissue paper. Gamers deserve not only a return to difficult games, but games that are challenging in innovative ways. Not just life and death, either. A return to true puzzles in adventure games would be welcome, also. Let’s take Demon Souls and Portal and just on innovate them until they are true classics!

TOTAL EVOLUTION OF THE RPG

I feel the RPG genre really exploded in recent years. With much more focus on gameplay, those games have taken a much more “noob friendly” approach. While some argue that most modern RPGs have lost their roots, that doesn’t have to remain the case. The ideas implemented recently by the likes of Fallout, The Elder Scrolls series and Mass Effect are ripe for expanding this coming generation. Deeper and deeper we can dive into skill trees and never-ending worlds. A true, all out branching story line where your choices effect how people react to you and if you even meet certain people in a given playthrough is not far fetched for the driven development team. We can put an end to the ludonarrative dissonance and change games forever. And please, let’s finally throw in some co-op, okay? Even if it’s just free roam type stuff. Of course, pumping out sequels could make any amount of new features feel stale from the outside, but there is enough new in the package, players will love it.

A lot of these features are already implemented in part in the current generation, but that doesn’t mean they all can’t improve. With the state of video games as it is, the developers cannot stand to throw millions of dollars at mindless, flashy games for very long. Many gamers are growing tired, and feeling the effects of stale mechanics. If the console game industry doesn’t improve upon what separates video games from any other media, they just might dig themselves into a hole too big to climb out of.