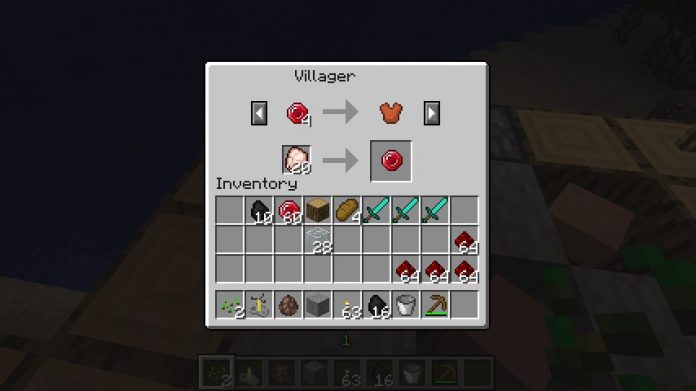 Now that Minecraft has been released on the Xbox 360, it’s time for its developers to turn to those who made the game famous and those who really love the game at top levels: the PC users. And fortunately they do so by planning to introduce some features that were long anticipated: trading and currency in Minecraft!

The great news was introduced by Jeb himself as he posted a new image on Twitter showing what is the first image of the Minecraft trading system.

“… and this is why I’m playing with Testificates: [image] (work in progress, as usual),” Jeb tweeted.

And the image (you can see it in the upper left corner, if you haven’t figured it out yet) shows us quite a lot: first of all, we’ll have some red coins to use for trading purpose and it will probably become Minecraft’s official currency, while the trading itself will be made by interacting with villagers who have different sets of goodies on offer.

However, just as Jeb said, this is just an early version of the whole thing and it might take some time until trading becomes a real option in Minecraft, but at least we know that it is coming!