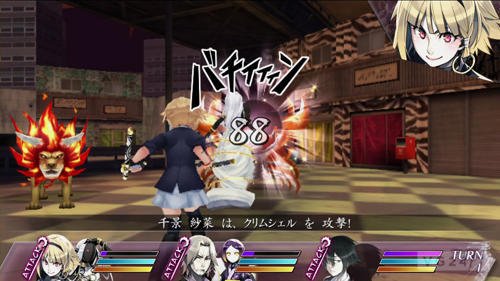 Japanese RPG Mind Zero has appeared with a North American release date and is already available for pre-order.

Already out in Japan for the handheld Playstaion Vita, Mind Zero’s American debut had not been announced officially until earlier today on Aksys Games’ website. Players will be able to have the cartridge in their hands on May 27.

The game has been actually available for purchase on Game Stop’s online store since early Wednesday morning, before the official announcement. This fact almost went unnoticed except for a small post made on Operation Rain Fall, who hesitated to confirm it as the actual release, believing it to be a possible mistake.

Players will take control of the teenaged Kei, “a high school student whose life turns upside down when he forms a contract with a ‘Mind,’ a weapon/being with deadly powers.”

The game, described as an “action-packed dungeon-crawler RPG,” takes switches between 2D storybook style game-play and 3D turn-based battles against a variety of magical demon villains.

Mind Zero’s plot is reportedly quite similar to the Persona game series, another role-playing title that has teenagers fighting against demonic forces.

The supposed common themes have done little to quash the hype of the release. A much needed boost for the publicity starved Vita.