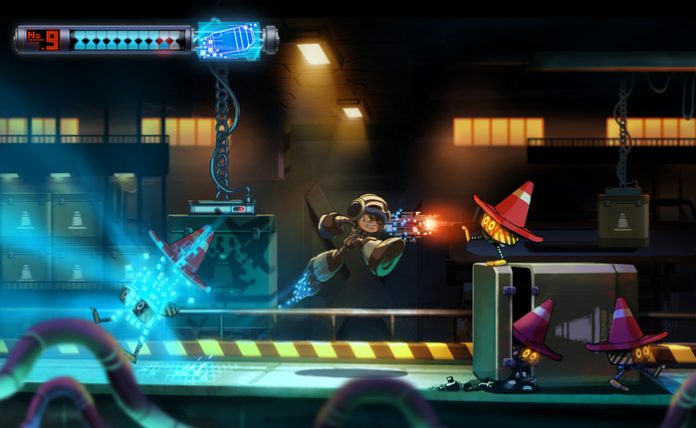 The Kickstarter crowdfunding scheme for Mighty No.9, the new action game from Mega Man creator Keiji Inafune, has reached its $900,000 goal in under 48 hours, making it one of the most successfull and rapidly growing schemes in the websites history. This vast amount of backing is testament to the communities trust in Keiji Inafune and his company “Comcept”.

The Mega Man creator calls his game a classic Japanese side-scrolling action game, and it appears heavily influenced by his work on Mega Man and Mega Man X. In a video presentation displayed during Inafune’s PAX panel, he displayed deep regret over the fact that he was unable to finish titles such as Mega Man Universe and Mega Man Legends 3, games that utilized fan feedback to help design the game. He hopes to appease his fanbase by building his next release ‘Mighty No.9” entirely around fan feedback and ideas. These ideas will ultimately stem from the funders, who are clearly eager to help the games development in any way they can. This seems to be one of those situations where people are shouting “TAKE MY MONEY!” at their screens.

The next stretch for the Kickstater program will add two new stages to the game, should the target of $1.2m be reached. But judging by the vast amount of money being thrown at the crowd funding program, I have no doubt this will be reached soon.

The game is scheduled for an estimated release in spring 2015.

Make sure to keep up to date with our original coverage of the Kickstarter event, and of course keep a close on the Kickstarter page for further updates on the games progress.