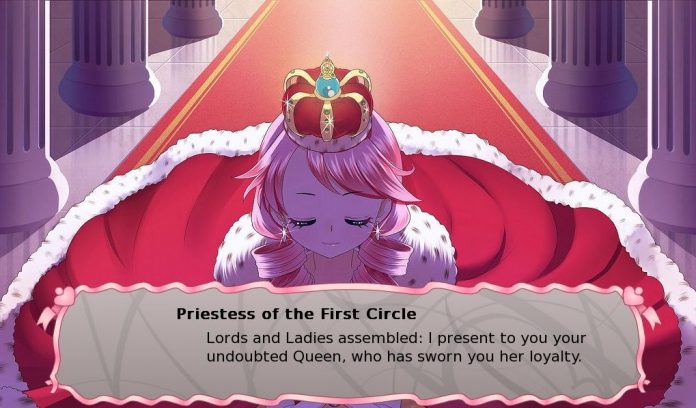 I am a man of action and I like my video games packed with the latest generation graphics, with explosions and wizards and tens of hours of gameplay. Yet, for some reason, I was instantly attracted by Long Live the Queen, a rather static game mixing a sort of RPG gameplay with visual and interactive novels. It’s time to see why and, most important, if you too would like playing this game.

You start the game as a 14 year old girl, the princess of a fantasy Kingdom, the innocent being whose mother just died and who now has to be crowned Queen. And since “now” is such a relative term, you actually have to make it to your 15th birthday, because that’s the proper age for a Queen – at 14, you’re just too young!

And as a young girl knowing nothing about life, you have to learn it the hard way: by studying. There are tens of things you can study and just as many stats that you can improve to turn yourself into a great queen and, most important, to survive. From military strategy to court manners, magic and animal training, you have all the skills to improve and not all the time to be good at everything. So you have to choose. 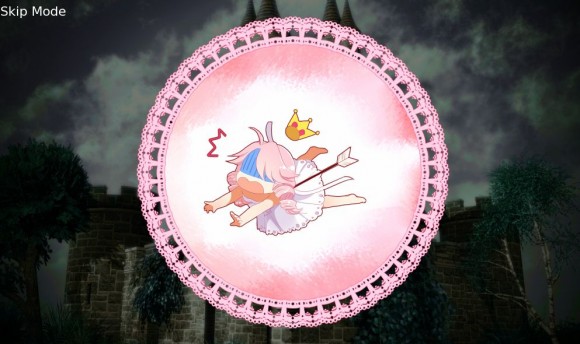 Actually, Long Live the Queen is all about the choices you make: going mostly like a visual novel, things happen around you and you have choices: do this, or that. And based on your skills, you succeed or not. Ar while some choices are pretty obvious on what skills they require, most are not and the results won’t be too good for you, at least for the first few playthroughs. I personally managed to die killed by an arrow, killed by an upset nobleman, I drowned, a huge marine monster killed me and a couple more without “experiencing” all the deaths possible in the game! One thing is clear now: it’s not that easy to become a Queen!

And you really have no help except for your gut, which is extremely interesting in the game. You study to improve the skills that you think will be useful and usually – or at least at first – you will be wrong. And to make things even more complicated, the little girl also has her own mood, influenced by what’s happening in the game and on the screen. Does one of your friends come over? You are happier and might be able to get a bonus if you study court manners. Do you take a walk and visit your dead mother’s tomb? Then you will be depressed, and other skills will get a bonus if you try learning them and so on.

Basically, your job will be to use the weekends to alter your mood by visiting different places, and alter it in such a way that you get the biggest possible bonus for the skills that you want to study. Which might sound boring, but actually is really fun and incredibly challenging. 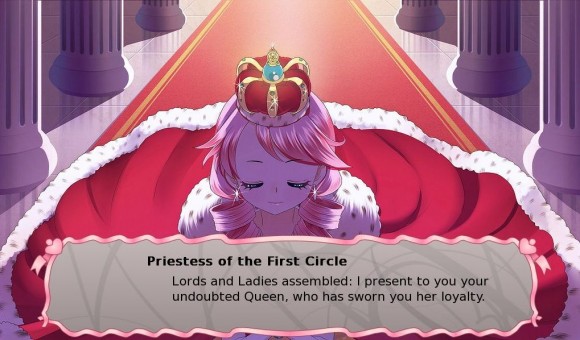 Even though the story is mostly linear in Long Live the Queen and there are just some ramifications and changes based on your decisions, the game still manages to be extremely fun and probably because of the challenge levels, incredibly addictive. Personally, I couldn’t leave it until I have finally been crowned a Queen and that took a while!

The graphics – static images of your character for most of the time – are pretty decent but you can’t expect too much from this sort of visual novel with RPG elements. It’s a sort of a Football Manager (another game I love) – more text, more stats and fewer moving pixels on your screen. And there’s still a market for that and apparently I am one that loves this type of games. The sound is repetitive and better turned off (you really lose nothing here), but it doesn’t really matter that much if you play the game muted or listening to Limp Bizkit. You actually have to do a ton of reading, and for me that goes best without the distracting sounds of a guitar or anything else!

Being a 28 years-old male weighting 187 pounds, it might seem strange that I loved playing Long Live the Queen as a frail 14 year old girl looking for romance and trying to beat all the odds and survive one more year. But I did love this game with all my heart and I am 100% sure that you will love it too, so why not give it a try?