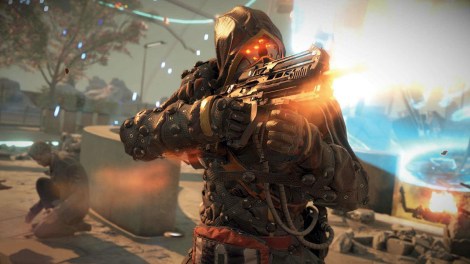 In an interview with Eurogamer, lead designer for Sony’s upcoming PS4 exclusive Killzone: Shadow Fall Eric Boltjes has revealed that the game won’t always run on 60 FPS. Boltjes explains that having 60 FPS all the time doesn’t necessarily enhance the experience that much.

“Running 60 has become this Holy Grail. Suddenly people think if you run 60 your game is better. Technically, that’s not really true,” he explained. “But what it does do is it makes decisions go from input to on-screen a lot easier. So, having a constant 60 is not actually better than having a ‘lot of the time’ 60. It sounds weird, but it’s actually true. Because usually in the moments where we’re going to drop framerate, either you’re already dead or it’s too late anyway.”

Both Guerrilla Games and Eric Boltjes seem to prefer graphical detail and appearance over having 60 FPS. Guerrilla decided to sacrifice the maximum frame rate a little in order to compensate for Shadow Fall’s beautiful graphics. The result with this slight sacrifice is that Killzone: Shadow Fall “looks a lot more detailed and vibrant than a lot of the other games we are in direct competition with.”

The frame rate for Shadow Fall’s single player campaign however has been dropped to only 30 FPS. This also results in the campaign having even more significant graphics and detail than multiplayer, with even destructible environments. Having faster reaction times, which results from having higher frame rates, wasn’t needed in single player according Boltjes.

“We analyzed what 60 brings,” he said. “60 in multiplayer is really important because your reaction time is a lot shorter. In single-player it’s actually a lot longer. It’s not because our AI is stupid, but because you simply have more time to react. We said we don’t need 60, and we want the graphical push.”

Killzone: Shadow Fall will launch alongside the PS4 on November 15 in North America and November 29 in Europe. A season pass was also recently announced for the game.