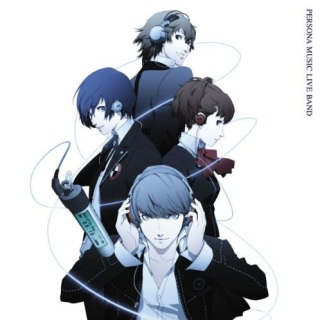 Atlus might have just created a teaser site for an upcoming Persona announcement. The teaser website, which can be found here at p-ch.jp, only contains three boxes with a specific time and date. November 24, 2013 at 8 p.m. JST, which is 3 a.m Pacific Time and 6 a.m Eastern Time in North America. A logo of Atlus can be seen on the bottom left alongside the logo of the Persona team, which led to all of this speculation.

Persona is Atlus’ long running JRPG series that has quickly made a name for itself as one of the most beloved and critically acclaimed JRPGs. The last Persona related video games to be released were 2012’s fighting game Persona 4: Arena and the PS Vita remake of 2008’s Persona 4. The latter has been heralded as one of, if not the best Vita games out there on the market, with exceptional critical praise and respectable commercial success.

Rumors swirling about Persona 5 started way back in 2009, with many people claiming that the game would be released for the PS3. But that has obviously been proven wrong. The game has been rumored to be in development since 2011. A Persona 5 domain name was registered back in June of this year, persona5.jp. Though this new website and the domain name don’t have much common by the look of things.

Atlus were recently purchased by Sega, with both companies stating that the deal would be “mutually beneficial for both sides.” Atlus has reassured fans that this deal won’t affect them in any negative way.