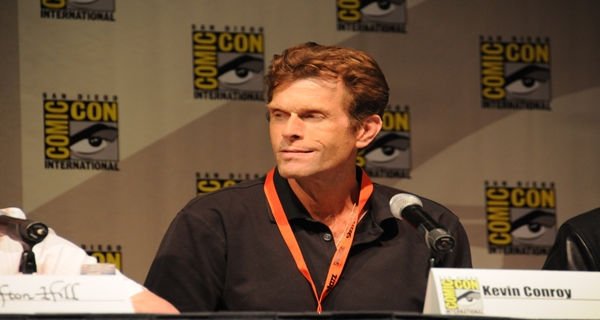 Following the recent confusion regarding exactly what he’d be providing talent for, Kevin Conroy took to Twitter to set facts straight.

In a tweet, he confirmed that he will be voicing Batman, but not in the upcoming Batman: Arkham Origins. Rather, he’s been working on another Arkham game, which is “coming soon”. 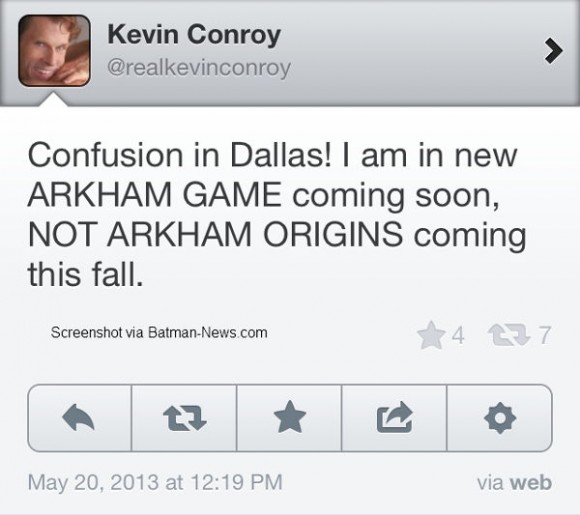 The tweet has now been deleted, which suggests that Warner Brothers aren’t ready to disclose details about the game just yet. In all likelihood, Conroy got confused between Arkham Origins and the as yet untitled game, as he appears to be under the impression that the newer Arkham game had already been announced.

Given that Arkham Origins is being worked on by a subsidiary of Warner Brothers, as opposed to Rocksteady, the developers of the previous Arkham games, it’s possible we might see a similar release schedule to the Call of Duty franchise, with a different company handling each yearly release. In all likelihood, Rocksteady are working on the unannounced Arkham game.

Given that the reasoning behind not using Conroy in Arkham Origins was a desire to show a younger Batman, it seems reasonable to assume that whatever game Conroy is providing talent for, it’ll have a more experienced Dark Knight.