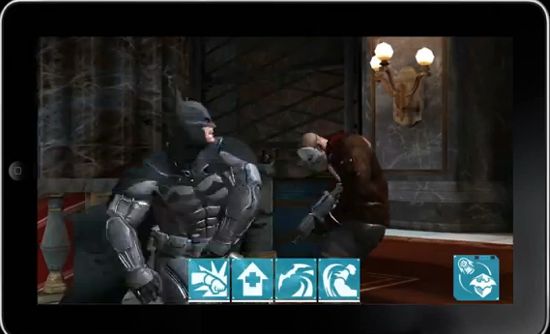 News came from New York City Comic Con during the Arkham Origins’ panel. It was announced that NetherRealm Studios, the studio behind Injustice and it’s mobile counter-part, will be working on the game. With no set release date, the game shares the name as it’s console version.

In the Arkham Origins mobile game, players are Batman as they fight through the streets of Gotham. From the trailer, it looks like you fight at least some of the bosses that the console game has. The control system will be a swipe and touch game similar to the mobile version of Injustice. The control system is easy enough for pick up and play game sessions mobile players like. Also announced was the fact the game is free to play, but in-app purchases seem likely. The game also included different Batman skins, including Batman Beyond and Red Son Batman.

You can check out the trailer below. We will bring you more news as we find out about it.