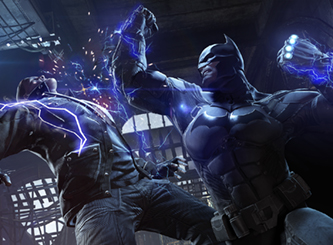 WB Games has announced that they’re well aware of the lingering technical issues found within Arkham Origins, and that the development team are working around the clock to resolve them. Arkham Origins has only been out for a week but the game has been plagued with massive amounts of bugs and glitches since launch. These issues are found within each platform the game is available on; the PC, Xbox 360, and PS3.

In a post on WB Games’ forums, the company stated that they’ve been monitoring these issues and have been reading the posts on their forums that detail players’ complaints.

“During the past week, the Community Team has been well aware that some players have been encountering several issues with their games, some worse than others, the company stated. We’ve been monitoring, reading, and gathering all the information from your reports on these issues. For that, we want to sincerely thank everyone who have posted on these forums. By reaching out to us and providing us with this valuable info, the dev teams have been able to test, reproduce, and resolve the majority of these issues.

“We know that some of you have experienced frustration when posting on these forums, thinking your posts get lost or ignored and that no one from the team reads them, WB Games continued. We can promise you that your posts are being read. We hear your frustration, we understand it, and we are here to find solutions to your issues by gathering the info you provide us, and relaying it to the dev team.”

The following issues will be resolved with the upcoming patches:

These issues apply to all platforms; “infinite falling/falling out of world”, “unable to continue story”, and “Freeflow focus mode not unlocking upon reaching Shadow Vigilante Rank 3”.

These are PC specific issues, for which the fixes already went live; “fix for progression blocker keeping some players from navigating through the vent in the Burnley tower.”

These are Xbox 360 issues which WB Games are looking to fix but have yet to found solutions for; “corrupted saves”, “ongoing crashing/freezing issues”.

WB Games ended the statement with an apology to all fans: “We sincerely apologize for any inconvenience caused and thank you all for your patience as we work to resolve the issues.”