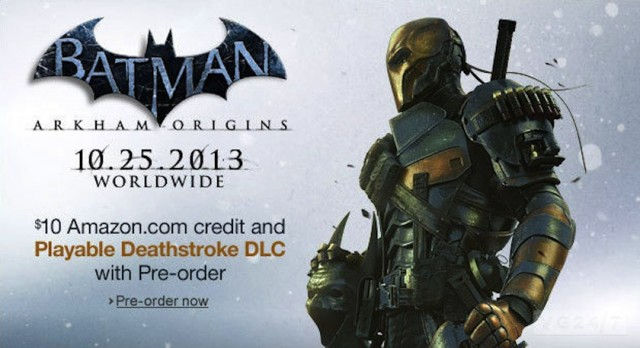 Today Warner Brothers announced that Deathstroke the assassin will be playable in Batman: Arkham Origins.

Deathstroke is one of seven assassins who pledges to kill the Dark Knight, kicking off the events of Batman: Arkham Origins.

At the moment the character is only available as a preorder bonus, but the wording of the publisher implies that the content will be available to everyone after a time, with the preorder merely giving early access.

Batman: Arkham Origins is currently confirmed for release on Xbox 360, PS3, Wii U and Mac, with no next gen releases mentioned as of yet. The title will be available from October 25th.