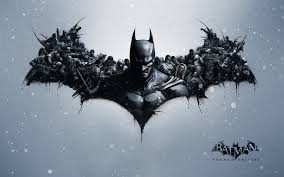 Batman: Arkham Origins has topped the UK All Formats chart this week, knocking off Grand Theft Auto V from the top, managing to match the week one sales of the first game, 2009’s Arkham Asylum.

The third game in the Batman Arkham series of games sold half the amount that was made by its predecessor Batman: Arkham City, according to the UK numbers company Chart-Track.

Despite strong sales, none of the Arkham series has been able to attain the title of ‘Best Selling Batman game’, which is still held by Traveller’s Tales Lego Batman, which came out in 2008.

Grand Theft Auto V sees itself sitting in the number two spot for only the second week since launch, with the other game to knock it off the top FIFA 14 coming in at number three. Skylanders Swap Force drops one place to fourth.

The two latest Pokémon games come in at fifth and sixth, with X staying ahead of Y once again, and Top 10 mainstay Minecraft: Xbox 360 Edition extends its run in the chart, spending 18 consecutive weeks in the Top 10.

Recent promotions have helped two games make a comeback into the All Formats Top 10, with Lego The Lord of the Rings climbing into eighth and Moshi Monsters: Katsuma Unleashed making its way into ninth place. Just Dance 2014 rounds off the Top 10 with week.

In terms of other new releases, the next highest outside of Batman was Rocksmith 2014 Edition at number 15. The Sims 3: Into the Future makes its debut at 18 and Teenage Mutant Ninja Turtles fight their way in at 27.

The UK All Formats Chart Top 10 (Week Ending 26th October) looks like this:

You can check out the full chart here.

Will Arkham Origins be able to hold on and keep GTA at bay again, or will Rockstars’ behemoth pull a heist to regain the All Formats Crown?