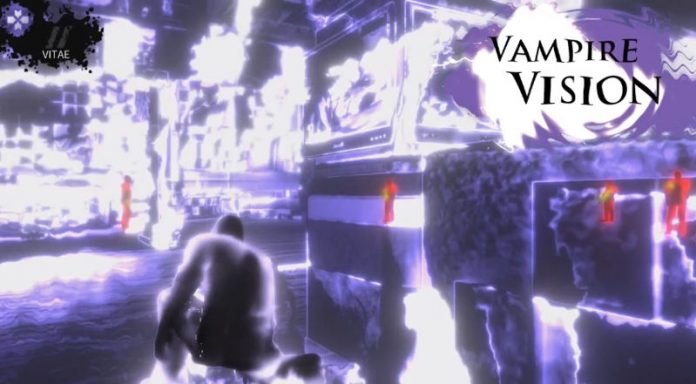 Kalypso Media have released a video showing off some of the abilities that players will be able to use in the upcoming DARK.

DARK is a stealth/action game utilising comic style graphics, wherein players control one Eric Bane. Bane is a recently bitten vampire in a modern world, and through him players are intended to explore the mysteries of the powerful Geoforge corporation. The catch is that Bane will have to bypass myriad enemies to uncover these secrets, which is where the vampire powers come in.

The video showcases four different abilities. Vampire Vision is similar to heat vision from other games, giving players the ability to see enemies through walls and plan out their attack based off the movement of guards.

Once they’ve got a rough idea as to how they’ll strike, players will be able to utilise the Distract ability in order to get guards to face in another direction, allowing them to close gaps and bite out jugulars without being seen. 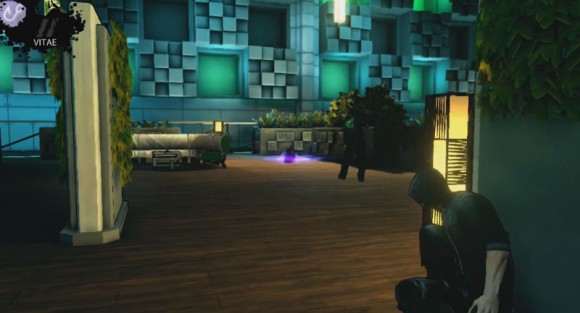 Alternatively, players will be able to use Shadow Leap as a teleport of sorts, turning to mist and closing distances exceedingly fast. Again, this seems to allow the player to get across gaps without being spotted. In a similar vein is Shadow Kill, which gives players the ability to appear next to their enemies and initiate an attack.

The final skill displayed in the video is Celerity, which from the looks of things will allow Eric to run much faster.

DARK will be released in summer 2013.