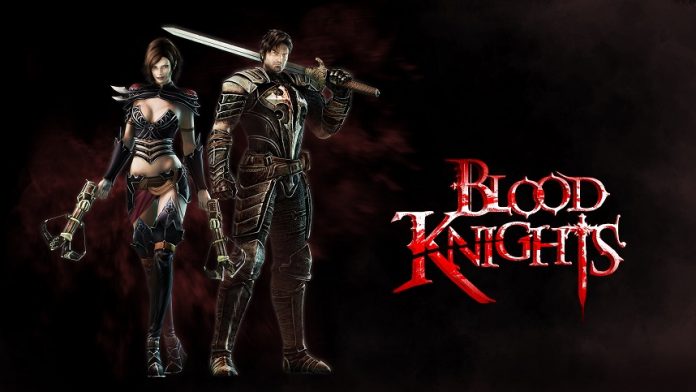 Bloods Knights is the new action-RPG from Kalypso and Deck13 and it features a war between humans and vampires. The human race has possessed the blood seal for thousands of years but now the vampires have taken over this powerful artifact and they’re ready to unleash hell on earth. The faith of the human race is in the hands of a legendary vampire hunter and a vampiress, both bounded by a spell casted by the Church. Together, the two heroes will have to restore order, balance and the seal but their journey doesn’t last more than five hours. This dark themed title has a really basic programming code and a weak artificial intelligence, which negatively affects the overall gaming experience. Basically, players just have to move around and click two mouse buttons to successfully finish the game within a few hours. There’s no need for great strategies or tactics, even on hard mode the game is hardly a challenge.

The visuals are quite decent and detailed, especially when set to the highest definitions. However, the environments and characters are very limited. There are basically four maps in the game, a forest, a castle, a tombstone and a temple. Everything else is a continuation or a derivation of these same places. The npc models are used and reused during the whole plot, sometimes it felt like I was defeating the same enemy all over again. The camera system is a bit strange at first and it can be particularly annoying during combat since it rotates with your character’s movements.

2. Gameplay: Far From Exceptional, Yet a Fine Experience

The combat system in Blood Knights is quite simple, as most hack’n’slay titles. The game encourages players to establish a dynamic combat through moving, kiting and tricking the enemy. There are only a few skills to use, which means that players have to rely on basic attacks most of the time. The vampire skills are interesting, players can feed to regenerate and absorb damage with blood shields, however they can still die from fall damage – a bit contradictory, no?

Exploring is also part of Blood Knights but this exploration is very elementary and undeveloped. Looking around has only one meaning – finding blood coins. To find those precious items, players have to jump into strange places and surpass deadly obstacles; however these places are normally visible and predictable.

Even though the game is ranked as a RPG, the action part is way more predominant – the fights are constant and normally intense. As for the role-playing part, players can make some decisions but hardly with any relevance in the plot.

As most vampire stories now a days, Blood Knights presents an ordinary storyline that can be resumed in a single phrase – two vampires bounded to each other will fight humans and vampires in order to restore order on earth. Obviously they’re able to achieve this goal and as expected, they end up bounded until they can find a cure in the future (possibly in a second game?). Everything in this story is rushed and incomplete, starting by Alysa, who appears out of nowhere and gets bounded to Jeremy by the priest Bartholomew. Then Jeremy gets bitten by a vampire and becomes one himself, his guild betrays him and the journey to find the seal starts. As I said before, the game is extremely short and rushed.

4. Innovation: Old News All Over the Place

Innovation? What’s that? Actually, I don’t think Kalypso thought about this word while developing Blood Knights. All the key features in this game are more than explored in other action-RPG games like the Diablo series and Path of Exile. The passive skill system could be a small innovation for being different in a way; however there’s nothing really new or special about it.

Vampires used to be a world-wide fashion, but the zombies seem to have taken over the world rankings now. Making a game with the hopes that the vampires will solve everything is no longer a reality. Players demand more and delivering a title with zero customization, humble combat mechanics and a rushed plot is simply not enough. Even if the RPG side didn’t succeed, the action part could perfectly be entertaining and overcome this major flaw but even that is weak, the game is extremely easy and there are multiple ways to trick the I.A. Games like this will just fit in the “another game” category and the only attraction here is, indeed, the vampire theme.