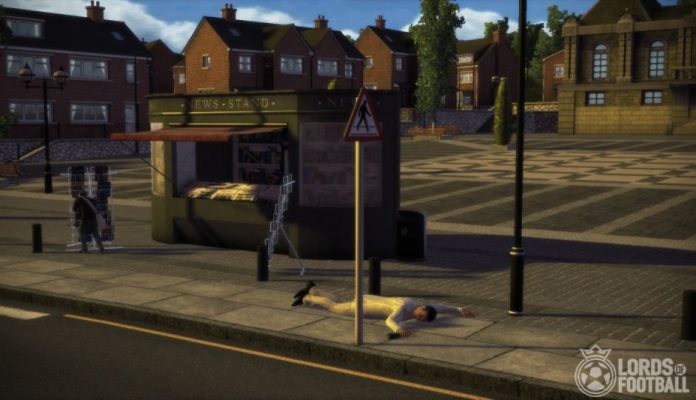 With Football Manager failing heavily (in my opinion) this year and with EA’s football management game still not quite there yet, I was looking at a pretty boring year in terms of getting my virtual football sim fix. This until, out of nowhere, Lords of Football appeared to make my day.

In the works all the way since 2011, Lords of Football finally made it out and if it hadn’t been for Steam, I would’ve known nothing about it. And it would’ve been such a shame, because it brings a humorous side to the football management genre, one that not all people will appreciate, but one that I completely adore so far.

Basically, Lords of Football is a mix between a God game and Football Management simulation, think in terms of The Sims or The Movies meets Football Manager: you control not only the tactical elements of the game and the season (actually, they are quite a secondary objective here), but also influence and affect the lives of your football players, from having them train as you want them to all the way to influencing how they spend their free time.

And since you’ll have your party animals, gambling addicts and other strange personas in your team, you’re up for a great and extremely fun ride, a perfect break from all the serious stats and tables and intense simulation of Football Manager. Which will go something like this:

The game’s presentation simply had me screaming “shut up and take my money!” so I have purchased the game already and a review is coming soon, so stay tuned to find out even more about this extremely promising game, Lords of Football! Until then, though, check out its official website for more details.