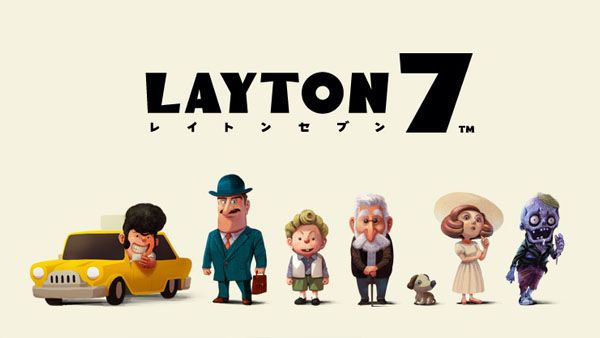 Today and yesterday proved to be big days in the world of iOS gaming. With multiple announcements, it was hard to just pick on story to write about.  So here is a quick recap of the top 3 iOS gaming stories from the last couple days.

Madden 25, the latest game in the popular Madden Football Series, launched today on iOS with it’s console counterparts. Currently a free game with in-app purchases, Madden 25 takes the console version and adds better touch screen controls, while keeping the spirit of the game. The newest feature in this game allows players to earn (or buy) coins used to purchase players to make a dream team. With new game modes, football fans won’t be bored with this game. Expect a full review later in the week.

Level-5 announced yesterday that Layton 7 is in development. The company said players will play as multiple people in a small town. The game will also in contain RPG elements, but the company did not explain more. Layton 7 is in development for iOS and the Nintendo 3DS. More details shall be released closer to the release date. In other Professor Layton news, Professor Layton and the Azran Legacy, the sixth game in the saga, will be released in Europe for the 3DS on November 8th.

Riot Games, the mind behind the popular League of Legends, announced that they want to develop an app for the game. According to a job listing found on Riot’s website, the company wants to develop apps that allows players to take the League of Legends experience wherever they go:

“As iOS Developer, you’ll put your specialized skills to work building cutting-edge apps for millions of League of Legends players who never leave home without their trusty Apple devices. You’ll join a SWAT team of mobile developers and designers on a mission to help players engage with the world around League of Legends anytime and anywhere, even if they’re not sitting in front of a computer. As a resident iOS expert, you’ll provide teammates with specialized feedback and guidance that helps level up their skill with Apple devices. Above all, you’ll help define our future in mobile by creating compelling experiences that surprise and delight players wherever they may be.”

Hopefully, this pans out for Riot Games, allowing more players to enjoy League of Legends.