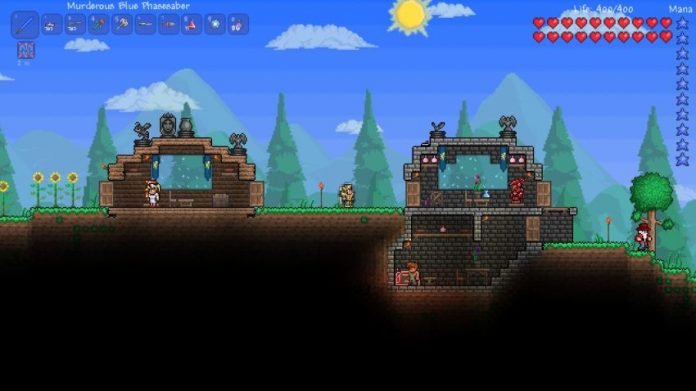 Well, this week turned out to be huge for the mobile gaming world. With Tuesday’s big announcement, a lot of companies didn’t get the spotlight they deserved. So here is the weekend wrap-up of all things iOS gaming!

Terraria Makes It To iOS

Sandbox games are popular, and the App Store has plenty of them. Finally joining the ranks is Terraria. One of the most popular indie games, Terraria finally made the jump to mobile gaming after moving to the Xbox this past year. While the basic sandbox function is similar to Minecraft’s, Terraria is much more complex with monsters, bosses and NPCs. While only building in 2D may seem limited, there are endless possibilities for the player. If you are a fan of the computer version, I recommend picking this game up. Terraria is currently $4.99 USD on the App Store. Also joining the ranks of sandbox games is Terraira copy-cat Junk Jack X, a sequel.

Before releasing a stand alone sequel later this year, Fireproof Games updated hit puzzle game The Room. Released on Wednesday, the update gave players an epilogue to play through. Reviews have been positive, with the majority of the 293 reviews for the update being 5-stars. Keep your eye here for when news of The Room 2 comes out soon. You can pick up The Room for $.99 USD.